An all-new Ducati Panigale test mule has been spotted recently, and it looks like it may be a replacement for the current Ducati 959 Panigale. 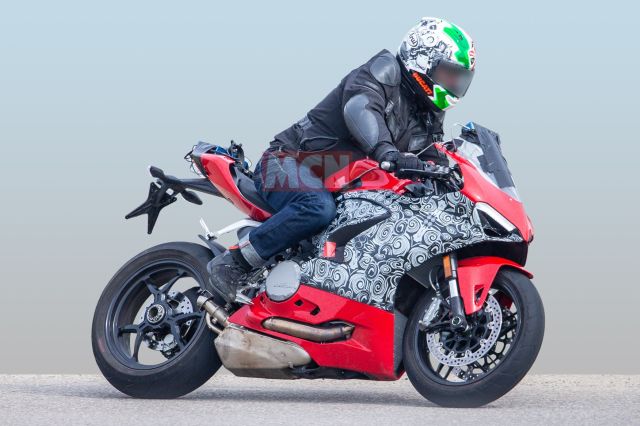 An all-new Ducati Panigale test mule has been spotted recently, and it looks like it may be a replacement for the current Ducati 959 Panigale. Word on the street is it that the new Ducati 959 Panigale may have a lower power version of Ducati’s V4, but looking closely at these spy pics, it appears that Ducati are sticking to the Superquadro L-twin engine instead of the Desmosedici Stradale. 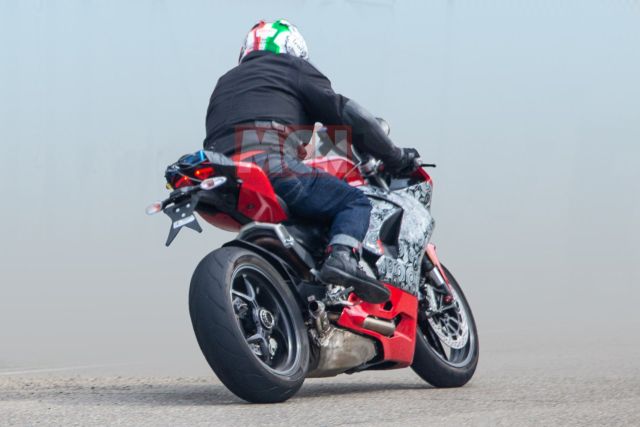 The bike sports refreshed bodywork with the front end now resembling the V4 very closely. Apart from this, the new Ducati features an engine casing which is similar to current 959. Another notable change is the new exhaust collector. The new unit looks considerably larger than the one in the current model, even without the silencer fitted. The most important and easily evident update is the single-sided swingarm. Interestingly, Ducati have gone for a single-sided swingarm on a small-capacity motorcycle (sub 1,000-cc) for the first time in ten years since the 848. This new Ducati Panigale sports the same belly pan, rear end and tank as in the current 959.

Ducati may officially take the wraps off this baby Panigale at the upcoming EICMA in November; stay tuned.