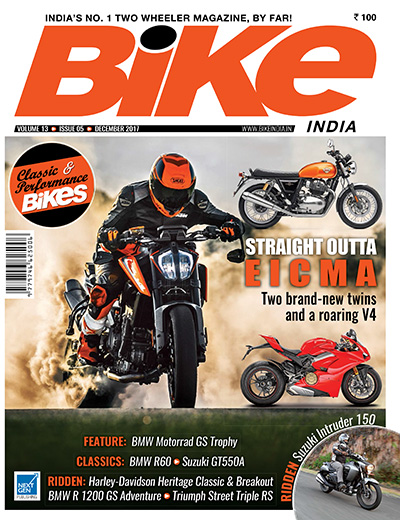 Ushering in a New Era

LAST MONTH I VISITED THE NEW ROYAL ENFIELD TECHNICAL centre in Leicestershire at the Buntingthorpe proving ground. First and foremost, I would like to congratulate Siddhartha Lal for setting up this state-of-the-art research and development facility.

When I was talking to Siddhartha he reminded me about the discussion we had had at Jaisalmer in 2010 when we had discussed the R&D capability of Royal Enfield or the lack thereof. He said that that talk between the two of us was one of the reasons that prompted him to set up the Buntingthorpe R&D facility. The first fruit of this new technical centre is the all-new 650-cc twin.

The two new 650 twins created quite a stir at the recent EICMA . There was a massive representation of journalists at the Royal Enfield stand for the press conference and the unveiling of the 650 Interceptor and the GT650. The new 650s usher in a new era for Royal Enfield; not only because they are the first twin-cylinder motorcycles from the company, but also because of the quality of components, build quality and top-class fit-and-finish. The bikes are nice and compact and have the perfect retro look. Now I am looking forward to swinging my leg over these bikes to take them for a long ride.

The second bike that caught my eye was the new V4 Ducati. It was also voted as the best-looking motorcycle at EICMA . The new V4 motor looks like a work of art and even with V4 configuration the bike is really compact. The trend these days is to make the bike as small and compact as possible.