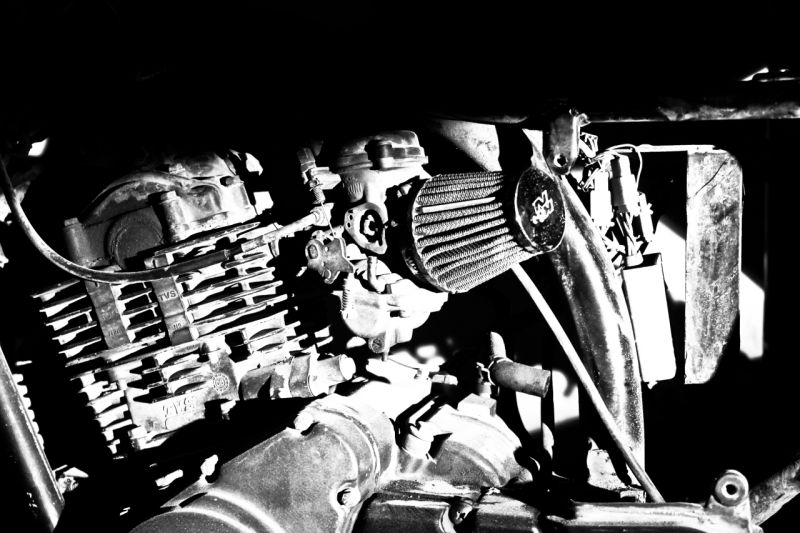 In his book, Zen and the Art of Motorcycle Maintenance, Robert M. Pirsig described the evolving nature of motorcycles thusly

…With over 27,000 on it it’s getting to be something of a high-miler, an old-timer, although there are plenty of older ones running. But over the miles, and I think most cyclists will agree with this, you pick up certain feelings about an individual machine that are unique for that one individual machine and no other. A friend who owns a cycle of the same make, model and even same year brought it over for repair, and when I test rode it afterward it was hard to believe it had come from the same factory years ago. You could see that long ago it had settled into its own kind of feel and ride and sound, completely different from mine. No worse, but different.

I suppose you could call that a personality. Each machine has its own, unique personality which probably could be defined as the intuitive sum total of everything you know and feel about it. This personality constantly changes, usually for the worse, but sometimes surprisingly for the better, and it is this personality that is the real object of motorcycle maintenance. The new ones start out as good- looking strangers and, depending on how they are treated, degenerate rapidly into bad-acting grouches or even cripples, or else turn into healthy, good-natured, long-lasting friends. This one, despite the murderous treatment it got at the hands of those alleged mechanics, seems to have recovered and has been requiring fewer and fewer repairs as time goes on….

I have read this paragraph over and over again and everytime I yell out a ‘Hell Yeah!’ in my head.

I couldn’t agree more with Pirsig about a each machine developing its own personality and how they develop a character depending upon how they are treated. And the treating part is the one that bothers me the most. There are multiple schools of thought regarding motorcycle maintenance and after-sale service. It appears to me that anybody who rides/drives or intends to ride/ drive should have the basics of the vehicle in question clear. Firstly because A, you might just be able to pull off a highway fix… For all you know the reason why your bike won’t start is because of a loose spark plug cable. And B – The chances of being taken for a ride by a mechanic are substantially reduced if you even have a faint idea about the problem.

Some of us will invest blind faith in the company’s authorised outlet and will religiously follow the service schedule, irrespective of the condition of the vehicle. The other end of the spectrum is the fill-it, shut-it, forget-it kind. The cookie begins to crumbles with the forget-it part. Active ignorance will almost certainly invite an unforeseen problem which might transmogrify in the most untoward fashion.

While the former approach might seem full-proof, there have been plenty of examples wherein the customer is not satisfied with the performance of his/her vehicle in spite of repeated servicing. Friends in the service industry have shared instances wherein components are changed unnecessarily in order to increase profit margins. And these are big manufacturers we are talking about. The problem with the latter approach is even more problematic given the resistance to preclude an imminent problem.

Knowing how your vehicle operates puts you in a position of certain authority and might even save you from burning a hole in your pocket. In the end it is up to oneself if they want to end up with bad-acting grouches/cripples or healthy, good-natured, long-lasting friends.