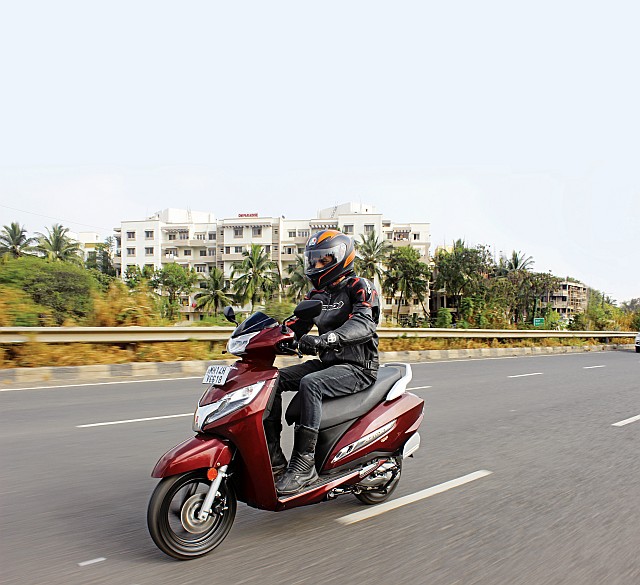 This year marks 20 years of the Honda Activa successfully being sold in India. Naturally, Honda decided that the first of their two-wheelers to get a BS VI-compliant engine should be the Activa. We got a chance to ride the all-new “Deluxe” variant of the BS6 Honda Activa 125 around for a day and here’s all you need to know about it.

On the design front, the BS6 Activa 125 is almost similar to the previous model. A few changes have been made to the front with a repositioned LED headlight and the headlamp cowl. There are thin silver panels on the body of the scooter that highlight the “Activa 125” branding on it. Overall, the new scooter has not lost its premium look and feel and now offers features to further simplify the experience for a customer.

The rear end now gets a new fuel filling system that is well positioned behind the seat. This allows one to fill fuel on the go without having to get off the scooter to open the seat. There is new switchgear just beside the ignition. This dual switch allows one to either open the fuel lid, when pressed upwards, or open the seat, when pressed down. This system is slightly complicated and it took us a while to open the seat after vigorously pressing the switch. The scooter also gets a small storage compartment on the left side of the ignition. This compact storage space proved useful for small and important items that needed to be taken out on the go.

The digi-analogue console has also been updated and looks really good with its light blue outline and is well illuminated. It provides more than useful information such as real-time mileage, average mileage, and distance to empty. For added safety, the Activa 125 now cuts off the engine power when the side-stand is engaged and gives out a warning notification as well.

The tagline given to the BS6 Honda Activa 125 is “A Quiet Revolution” and we think this perfectly suits the character of the scooter. The first thing we noticed was the silent start switch that allowed it to start so silently, we could hardly tell if the engine was running while at idle. Powering the BS-VI Activa 125 is a 124-cc, single-cylinder engine that makes 8.3 hp at 6,500 rpm and a peak torque of 10.3 Nm at 5,000 rpm. This indicates a slight drop in figures as compared to the previous BS-IV model. 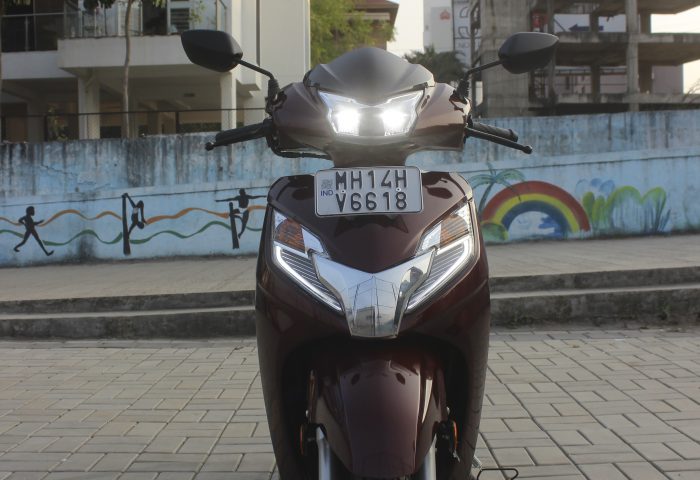 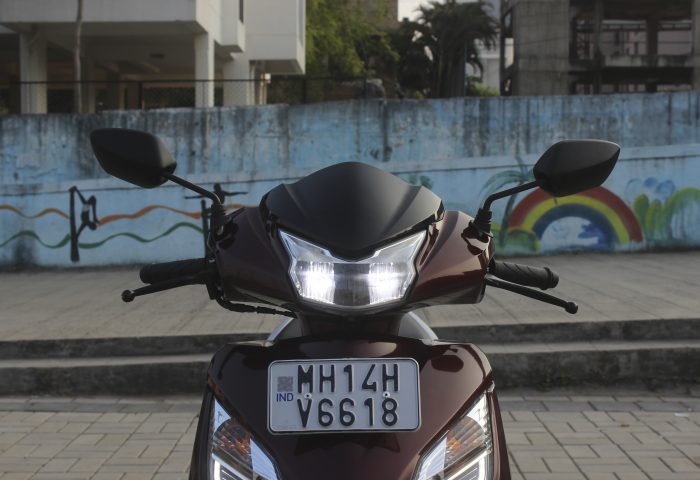 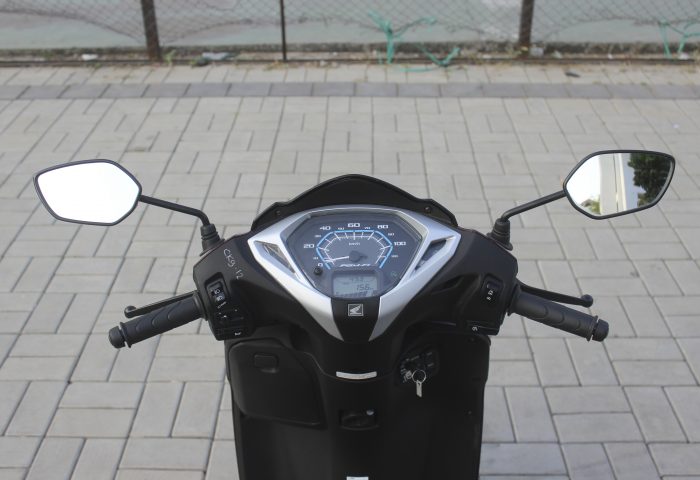 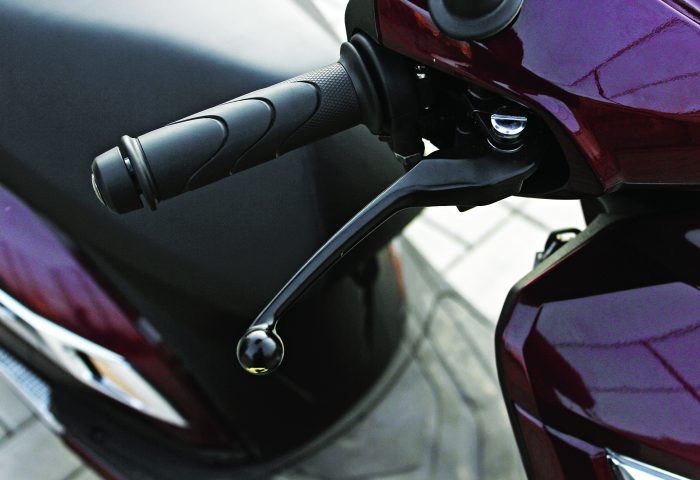 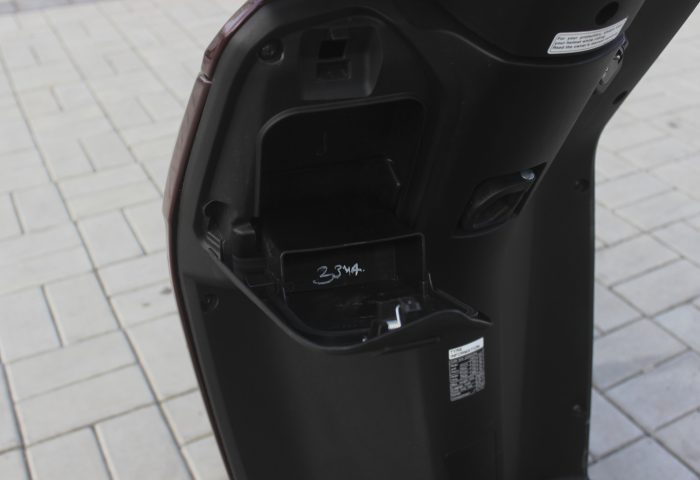 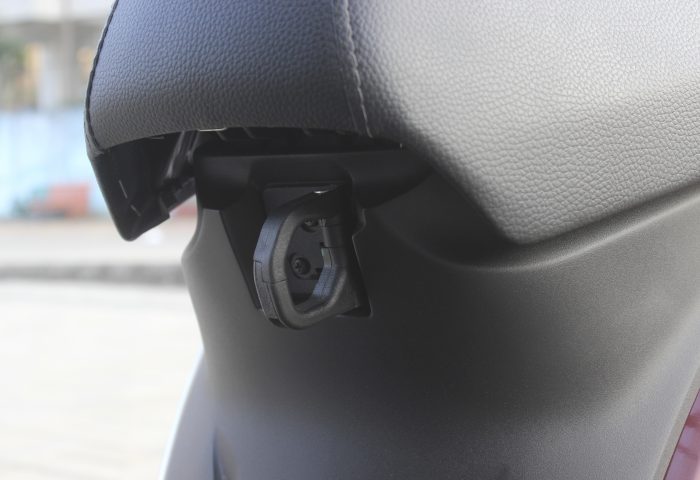 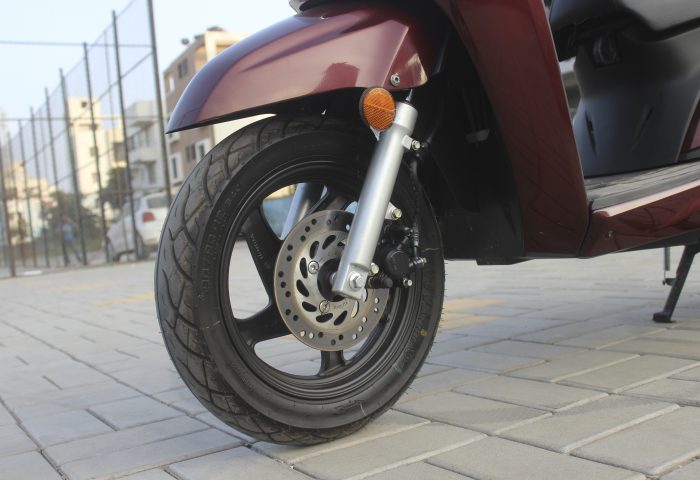 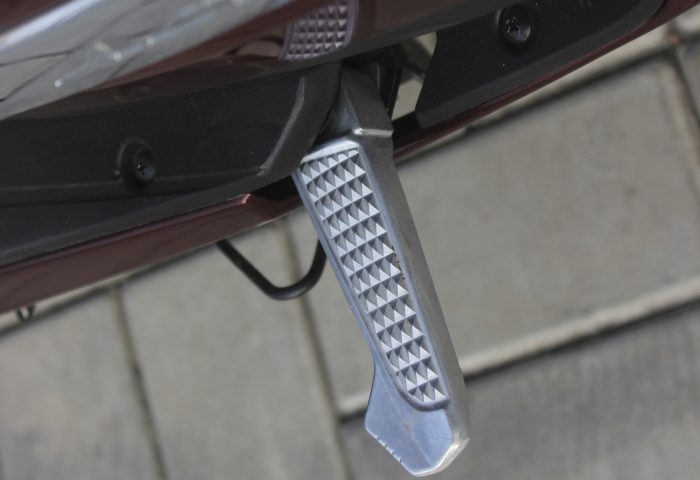 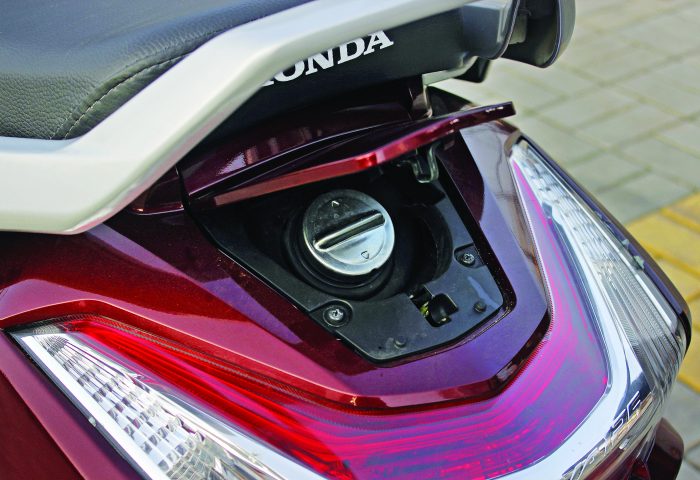 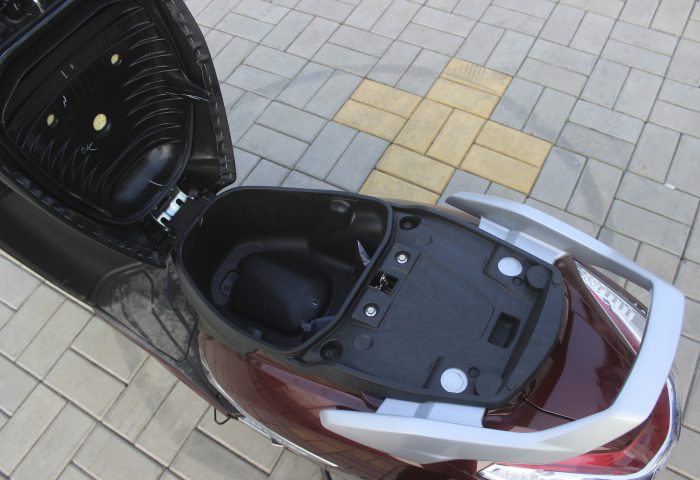 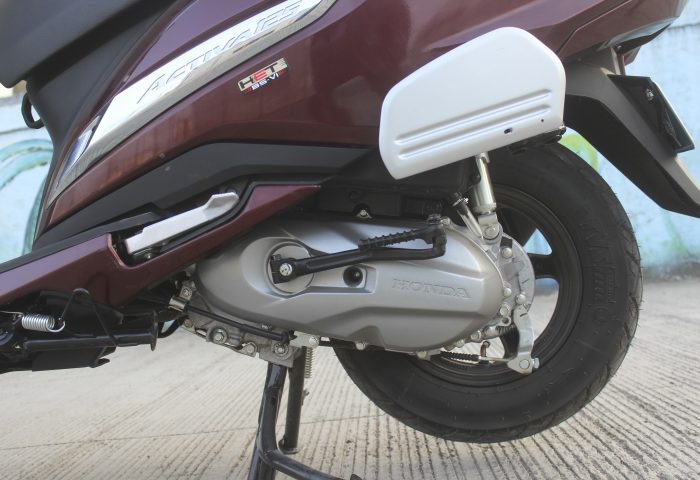 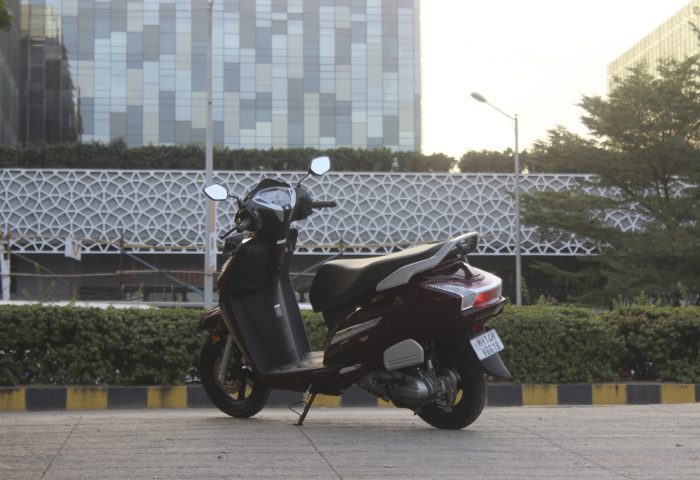 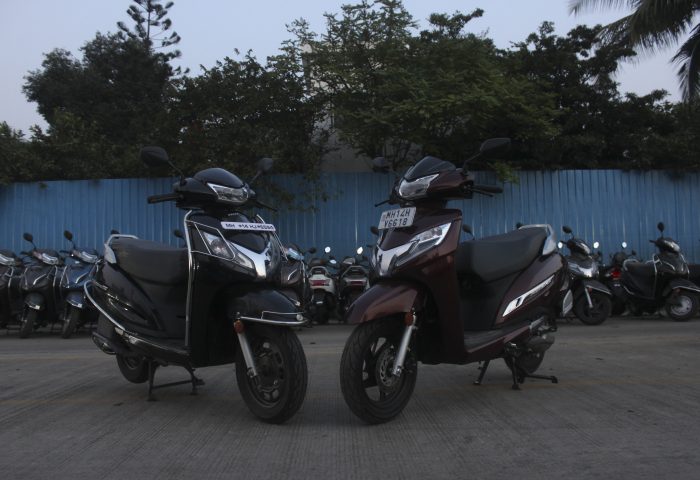 To meet the new emission norms, BS-VI engines have to be fitted with a fuel-injection system. This has resulted in the engine of the new Activa 125 running in a smooth and quiet manner. When we tested the performance figures of the BS-VI Activa 125, we saw a clear difference in power as compared to the older model. The new model indicated a top speed of 92 km/h but the true speed figures showed us a top speed of 88 km/h. In a quarter mile, it can achieve a speed of 82 km/h in 25 seconds.

The scooter has no vibrations, but you will feel that the engine gets slightly stressed after 60 km/h. When accelerating from a standstill, the scooter can do 0-60 km/h in about 11 seconds. To accelerate from 60 to 80 km/h it takes another 10 seconds. Due to the new norms for a better environment, the engine is now mild and is not on a par with other BS-IV 125-cc engines when it comes to power delivery. Something else that the scooter gets is the “Idling Stop System”, which kills the power of the scooter as it comes to a halt at traffic lights and brief halts. This feature worked seamlessly and also got the scooter running again with just a slight twist of the wrist. From there on, the scooter is able to reach 20 km/h in less than two seconds and does 40 km/h in 5.30 seconds. When it is already in motion, it can accelerate from 30 to 70 km/h in less than 11 seconds.

Braking duties are taken care of by a 190-mm disc at the front and a 130-mm drum brake at the rear in the top-end variant. This is the same set-up from the previous model and works well to stop the scooter in an instant and in a comfortable manner. The brakes can stop the scooter from a speed of 80 km/h in just 2.82 seconds. Braking from 60 to 0 km/h takes 2.27 seconds, which is just a few milliseconds off the 80-0 km/h braking time. The new front brake lever, which is seen on the previous model, offers a good grip and feel along with the new handlebar grips. The scooter gets a telescopic fork at the front and a three-step adjustable spring-loaded hydraulic suspension at the rear. This set-up allows the Activa 125 to take on most of our roads without disturbing its stability. You will only feel a slight shock when you have hit a really deep pothole. Unfortunately, we did not have the scooter for more than a few hours and could not test its actual mileage, but Honda claim that with the new eSP (enhanced Smart Power) technology, the scooter delivers up to 13 per cent more mileage. 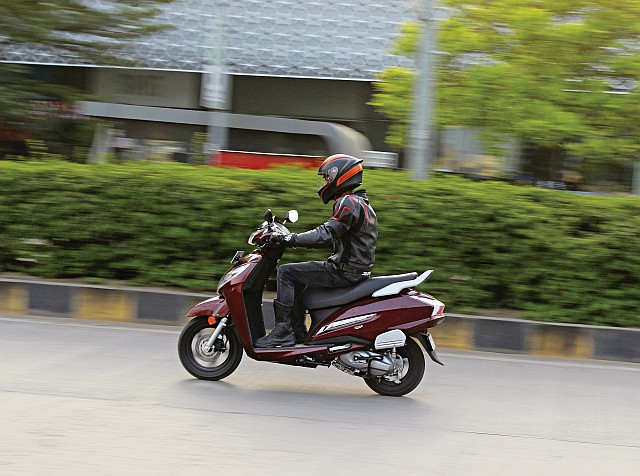 To conclude, the BS6 Honda Activa is not as powerful as most BS-IV 125-cc offerings, but this was expected with the BS-VI emission norms. The scooter is a perfect companion for short commutes around town and has ample storage space as well. It is offered in three variants, namely, Standard, Alloy, and Deluxe. With the new BS-VI compliant engine, the prices have also gone up and range from Rs 67,470 to Rs 74,490 (ex-showroom).

The Activa 125 is not the fastest 125-cc scooter with a top speed of 90 km/h, but if you are looking for a comfortable, silent, and smooth way to travel, it is the scooter for you.