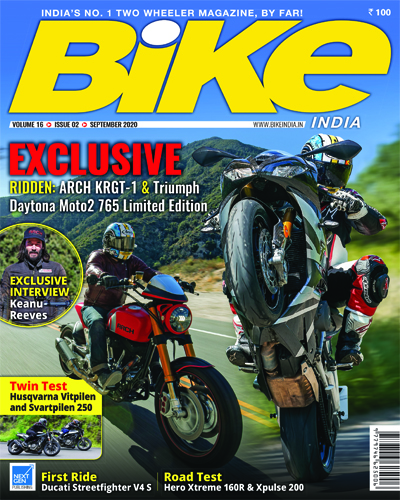 The festive season is round the corner and manufacturers are looking forward to it to regain the sales momentum that has been eluding them for the past 10 months. With things heading back towards normality and the supply chains getting completed, we may expect an increase in the number of new two-wheelers being sold.

With the restrictions on import from China, two-wheeler manufacturers are going to face difficulties in production as well as costing because many of them source components from that country. Particularly with the BS6 norms in force, most of them import fuel-injection systems from China. In this context, there is a question that we need to ask ourselves: why is it cheaper to import components from China than manufacturing them here in India? You don’t require rocket science to manufacture components in India; it is all the hurdles and restrictions laid down by the authorities that make doing business a tough proposition.

If a ban on Chinese goods comes into force, most of the electric two-wheeler manufacturers will have to shut shop since most of the critical components such as batteries and motors are imported from the Land of the Dragon.

The strict enforcement of the rule regarding wearing masks is laudable, but I wish the authorities would enforce traffic rules in the same manner. Rules such as wearing a helmet, not more than two persons astride a two-wheeler, and not riding down the wrong way. In doing so, we would also save a lot of lives that are lost in road accidents. In the Koregaon Park area of Pune, for instance, we see the police apprehending people for breaking a traffic signal, which is good, but they turn a blind eye to those riding or driving down the wrong way, which is sad. This anomaly needs to be addressed forthwith.