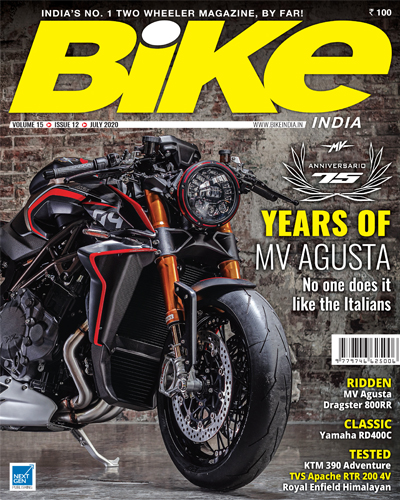 The Slow Crawl to Normality

The country is limping back to normal life ― or, at least, a semblance thereof ― after being shut down for nearly two-and-a-half months. However, even now there are a lot of restrictions on how many people there can be in an office, shop or dealership at a given time. Decent sales numbers still seem a distant prospect.

The prevailing social distancing norms should promote the sale of two-wheelers, for people would prefer to travel in or on their personal mode of transport rather than be packed like sardines with total strangers on a local train or a municipal transport bus. Nevertheless, the manufacturers will still have to struggle to sell their two-wheelers because the government is not being helpful in any way, be it reduction in the GST or a tax break in personal income-tax for the salaried middle class. To make matters worse, they have increased the price of petrol, diesel, and LPG (cooking gas) when the global crude prices had hit rock bottom. Fuel prices are critical not only in the matter of daily commuting but also in the transport of all the essential commodities and this hits the ordinary citizen. Another worrisome deterrent is that people are no longer sure about their jobs. While some have taken a pay cut, others have already lost their jobs. The sentiment is far from sanguine throughout the country. The only good news is the withdrawal of the five-year mandatory insurance for new two-wheelers, which should bring down their on-road prices.

During the COVID-19 lockdown one debate has been settled: that about the print versus digital format. Most of our readers have written in, asking us when we will be printing the magazine in the usual hard copy format as they are fed up with reading e-magazines on their iPad or Kindle. Many of them said that they only got as far as the introduction before moving on to the next story. It has now become clear that it is by no means the end of the road for the print media. They are here to stay. Take care and stay safe.