Overflowing water tankers, vehicles leaking oil and other garbage on the road is the bane of a biker’s existence. I found out the hard way 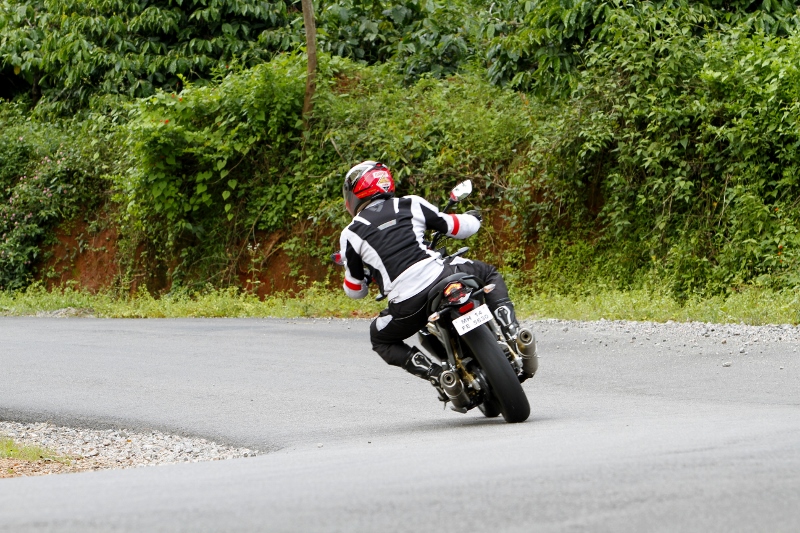 Just last week I was waxing eloquent about the highs and lows of the previous year. But life is full of ironies and in a bizarre twist I find myself writing my second blog post of the year and it’s about a low. Just the other day I was on my way home on my long term Mahindra Mojo. Admittedly, it’s not a perfect bike but I don’t mind its shortcomings too much. After all, how much of handling prowess and power can you really experience when you’re cutting across a crowded city through stop-n-go traffic. So far, it has not let me down on my home-office-home commute.

That day however was different. As I turned into my lane, which turns off from the main road into a fairly steep slope, I felt the front end of the bike wash out from underneath me. The next thing I knew the Mojo and I were sliding down and came to rest at the end of the 10-15 metre slope. My first instinct was to curse the bike’s inability to cope with turns, bad geometry, etc. But as my brain stopped racing and my lungs returned to breathing normally, I realised that there must have been some other reason for the bike to have behaved so unpredictably. After all, I turn into that same road once every day and sometimes even more if I use the bike to run errands. What had changed?

So the discreet investigator in me took over and I walked back up the slope after picking up the bike and putting it on the stand by the side of the lane at a visible spot but well away from any traffic. On closer inspection I realised that the reason for my tumble was a large patch of oil that had been spilt on the road. The telltale tyre mark on the patch reconfirmed my assumption.

It’s really strange isn’t it that there are so many water tankers that ply in our cities without covering their storage tanks with such brazen impunity. It’s such a common sight to see a large streak of water on the road that usually finishes in a tractor pulling a water tank without a cover. The spillage of course caused by the constant jumping around of the tanker on our roads and the sloshing around of the water. Then there are the leaky vehicles that spill oil wherever they stop, even if only for a minute or two. Does anyone ever stop to think what effect such spillage could have in a country where the majority of the working class commutes on motorcycles? I think not. Our apathy to the convenience (or inconvenience) of others is indeed legendary.

What can we do? Precious little really, in a nation where people can’t be bothered to look before crossing a road. However, as a biker (or even a car owner) you can of course take a New Year resolution to ensure that your bike or car at least isn’t a leaky cauldron that might be the bane of existence for another fellow biker.

On that note…ride safe and have fun! Until next Saturday then…