Bajaj Auto is on a roll. The Chakan-based conglomerate is all set to launch the new Kawasaki Ninja 300 in India on the 10th of this month. The Ninja 300 will replace the current Ninja 250 in the country, a move that we think will be welcomed by many of the green Kwacker’s fans who have been hankering for a more powerful engine in the same sporty package.

Powered by a four-stroke, parallel-twin, liquid-cooled and fuel-injected 296cc engine, the Ninja 300 pumps out a max power output of 39PS and a max torque figure of 27Nm, about 20 per cent more than the 250R. Almost everything on the bike is completely new, or has been substantially tweaked, including the sharper-looking bodywork. ABS is optional now, and it is highly possible that Bajaj-Kawasaki will be offering it as optional equipment here too.

Hot on the heels on the Ninja’s launch, will be the KTM 390 Duke, which we reckon will be launched sometime in June this year. This will shortly be followed by the launch of the Bajaj Pulsar 375 sometime in September or October this year. With such a slew of high-performance bikes lined up in a single calendar year, we reckon Bajaj Auto is going to make this a very joyous year for Indian enthusiasts. Bring ’em all on!

Update: We have just spoken to Bajaj insiders and they’ve revealed that the Kawasaki Ninja 300 will be priced at approximately Rs. 3.5 lakh, and the minimum down payment is Rs. 40,000. Furthermore, the KTM 390 Duke will also be on display at select Probiking showrooms from 10th April 2013, and unofficial pre-bookings are already being taken at some places. Check out the Ninja 300 pristine white, below: 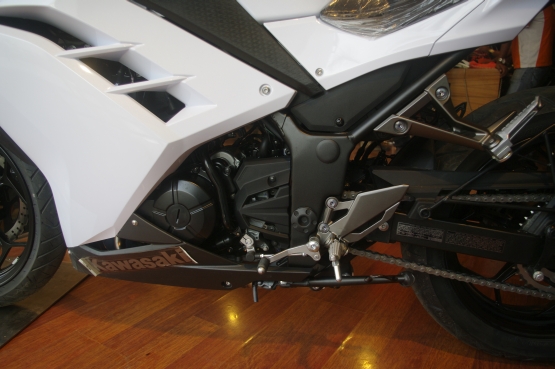 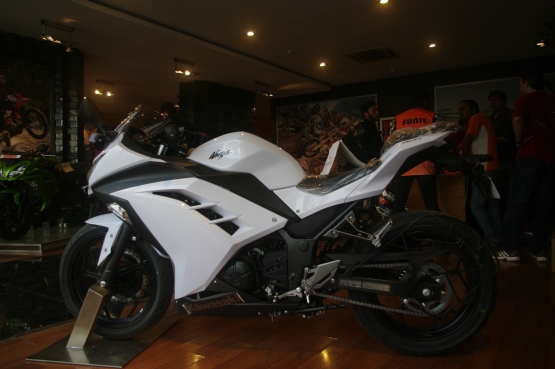 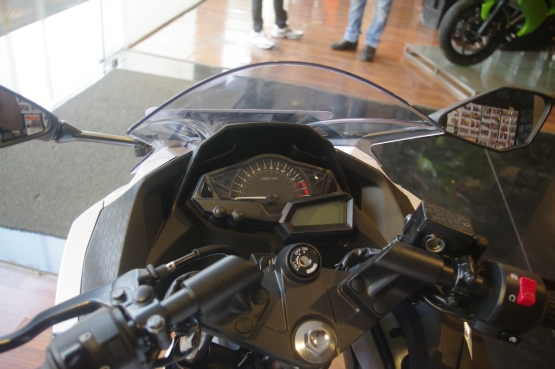 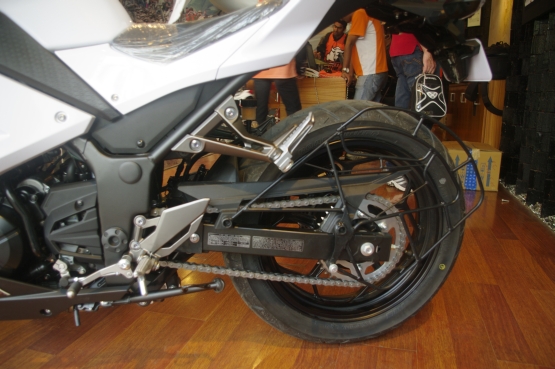