Following the launch of the Ather 450X, the company is looking forward to stepping up its infrastructure before deliveries for the 450X begin. 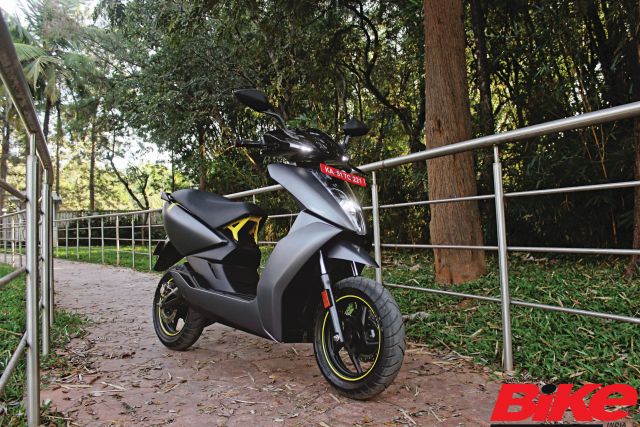 If you do not know what the Ather 450X is all about, read this short list to get a fair idea. Post the launch of their new flagship, the Bengaluru-based EV manufacturer has all hands on deck as it gears up to live up to the promises it made earlier this year. Ather had announced that in addition to their presence in Bengaluru and Chennai, they will also expand to new cities across the country including Hyderabad, Mumbai, Delhi-NCR, Pune, Bengaluru, and Chennai. Cities including Kochi, Coimbatore, Kolkata, and Ahmedabad are also on the verge of being added to that list. Bookings are open, of course.

Today, Ather representatives arrived in Pune and addressed the regional media. During the interaction the Ather representative revealed that the company is on schedule and expects to begin delivering the 450X ‘Super Scooter’ by the third quarter of this year. To accommodate demand, Ather are shifting operations from their current facility near Bengaluru to a location in Tamil Nadu that is expected to have a capacity of 1 lakh units.

As for Pune specific plans, they confirmed that they are not budging from their established modus operandi which is essentially setting up their fast-charging infrastructure, called Ather Grid, before launching their product in the regional market. Negotiations are afloat about installing the Ather chargers at numerous touchpoints across the city and Ather are also dealing with multiple prospects about setting up an Experience Centre in Pune. An Experience Centre is like a dealership with the added benefit of a detailed walkthrough that answers any important questions a customer may have with respect to the transition from a combustion engine to an electric vehicle (EV).

Curious to know more about Ather and their products? Pick up the March issue of Bike India for the detailed Ather 450X first ride review.