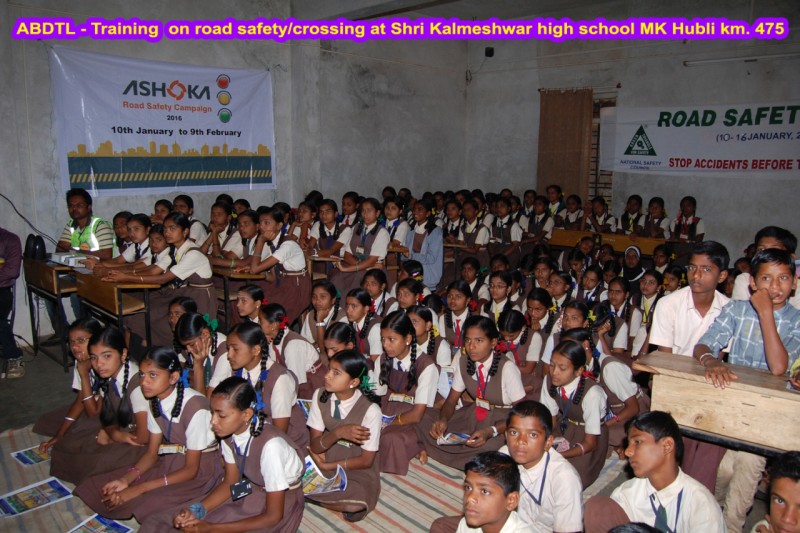 The Road Safety Campaign by Ashoka Buildcon started on 10 January has come to a conclusion today. 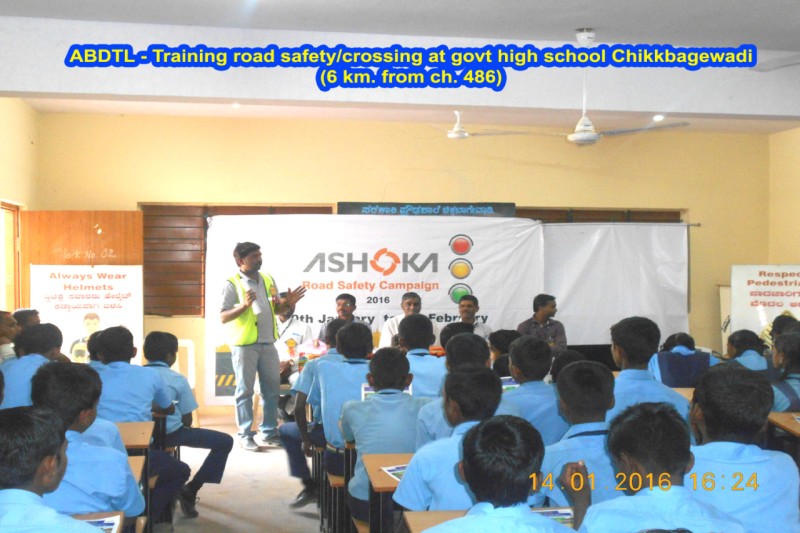 The month-long safety awareness programme by Ashoka Concessions Ltd, a division of Ashola Buildcon, one of the country’s largest BOT-based highway builders, saw activities undertaken in more than 200 schools at over 20 locations across India. The programme also saw free eye check-up camps for truck drivers at several of Ashoka’s projects. The company also coordinated with local police for spreading awareness amongst road users and donation of breathalysers and speed guns as well as deployed robotic flagmen and put into use state-of-the-art traffic diversion devices at ‘work in progress’ locations. 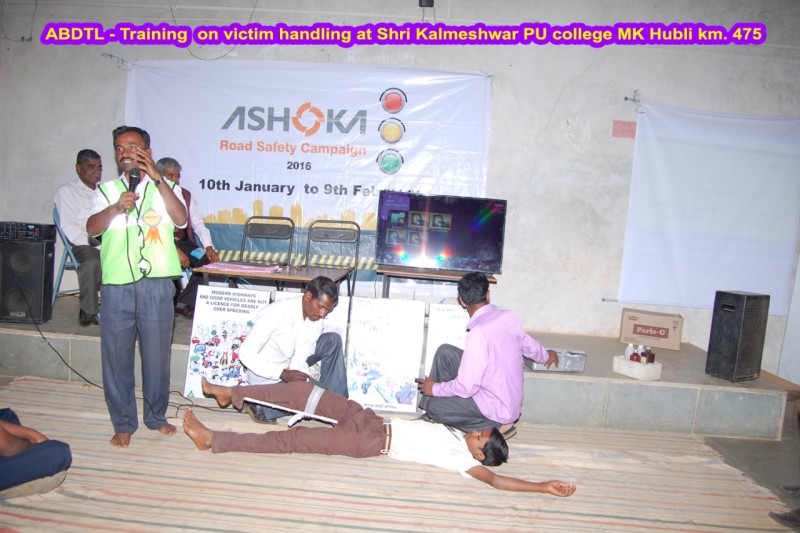 The message of safety was reinforced with team Ashoka lining-up a slew of road safety activities including safety message signages at toll plazas and hoardings with the toll tickets themselves bearing messages related to bettering road safety awareness. Volunteers from the staff members would extend a gentle request to commuters to drive safely, requesting them to wear their seat-belts, to not drink and drive, respect speed limits, to not talk on their cellphones while driving, all with an aim to reach out to thousands of road users driving across the highways of Ashoka. Even the public address system at toll plazas was used for the announcement of safety messages.

Ashish Katariya, Managing Director, Ashoka Concessions Ltd., ‘Safety is a collective responsibility and we are trying to encourage commuters, workers and drivers to help us in reducing fatalities and accidents on highways. We are also conducting seminars at schools and colleges as they represent the future of our country. Their exposure to speeding and stunts, as glamourised in movies, needs to be countered with awareness regarding the dangers of ignoring traffic rules. Change will not come overnight, but continual efforts will definitely make a difference.”

Bike India and Car India extend their full support towards road safety awareness, and, as always, we urge our readers, fans and followers to respect the rules of the road and help reduce the traffic nuisance and create a better everyday motoring experience.