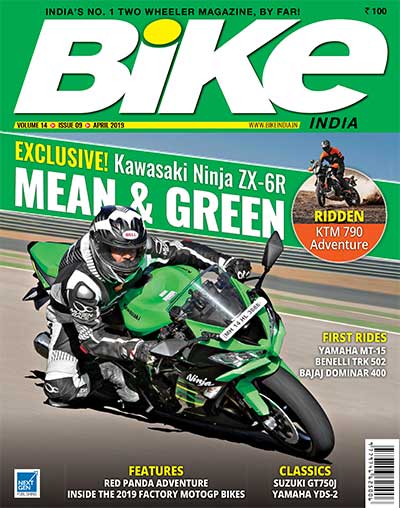 AFTER A LULL OF THREE MONTHS, THE WORLD SUPERBIKE CHAMPIONSHIP (WSBK) kicked off in Philip Island, Australia, and the MotoGP season kicked off in Qatar. History of sorts was created by Alvaro Bautista and the all-new Ducati Panigale V4 R. It was a race for the V4 Panigale. It was rookie bike and rider that claimed the triple crown of the super pole, race one, and race two. Bautista is a rookie in WSBK but has come from MotoGP and this just proves that the standard of MotoGP is much higher than that of WSBK. I wish one of the sport channels starts broadcasting the WSBK races live.

For the first time, we saw the Japanese rider, Kaito Toba, win a Moto3 race. In fact, Kaito is a product of the Asia Talent Hunt Racing series which is open to all riders from Asia. We do not have a single rider from India in this series which is a stepping stone to Moto3 world championship.

In Moto2, Lorenzo Baldasari won from Thomas Luthi who made a successful return to Moto2 after struggling last year in MotoGP. It was business as usual with the main protagonist, Andrea Dovizioso, and Marc Marquez finishing first and second and Cal Crutchlow making a brilliant comeback from injury to claim the last spot on the podium.

This month we have quite a few first rides, comprising the Kawasaki Ninja ZX-6R, the upgraded Bajaj Dominar, Benelli TRK502, Yamaha MT15, and the updated Yamaha R15 ABS.