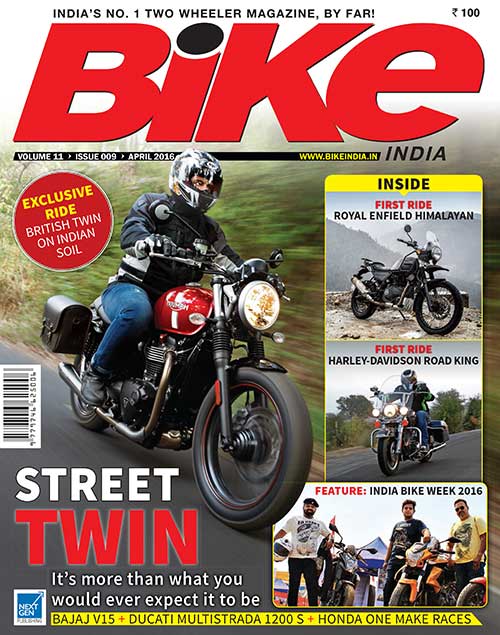 After the Auto Expo in early February I attended two biking events: the California Superbike School (CSS) and the country’s biggest biking festival, India Bike Week (IBW). Indian motorcycle enthusiasts have to thank the father and son duo of T T Varadarajan and Siddharth for bringing the CSS to Chennai, India. I would like to thank T T Varadarajan and Siddharth for their hospitality and for letting me do a few laps. I really enjoyed myself on Vardu’s Honda CBR 600RR as it was the first time that I rode a quick motorcycle on the Chennai track since my last race on the Yamaha TZ250 in 1999.

It was nice to see superbike riders bring their bikes to the racetrack and learn how to ride them in a safe and controlled environment. What also felt good was that people were spending money on good quality riding gear. The CSS is well-organised and teaches riders how to control the motorcycle using just the throttle on day one, and thereafter with gears and brakes. Siddharth and Vicky Jaising are now closer to being qualified CSS instructors.

The fourth edition of the IBW was held on the 19th and 20th of February. There were a few negatives, the first being the dates — it was a little too late and this made it much warmer. Secondly, the new venue was narrow and long, which made it crowded. Furthermore, parking and traffic were major issues since the new venue was on the main road as compared to the one at Vagator which was not on the main road and where being close to the sea helped in keeping the temperature down.

The event has grown over the years and more and more manufacturers are taking part. Some people were not happy and criticised the event. If, however, you ask the same people to do something constructive, they would say they do not have the time but would still be the first to criticise. Every motorcycle rider does not want to tear down a racetrack, some people like to just cruise along and enjoy their ride. I look forward to next year’s IBW which, I hope, will be even bigger and better.