In the unique scheme, customers can try the performance of the Apollo Alpha tyres for 30 days and if they are not satisfied Apollo Tyres promise to return their money. 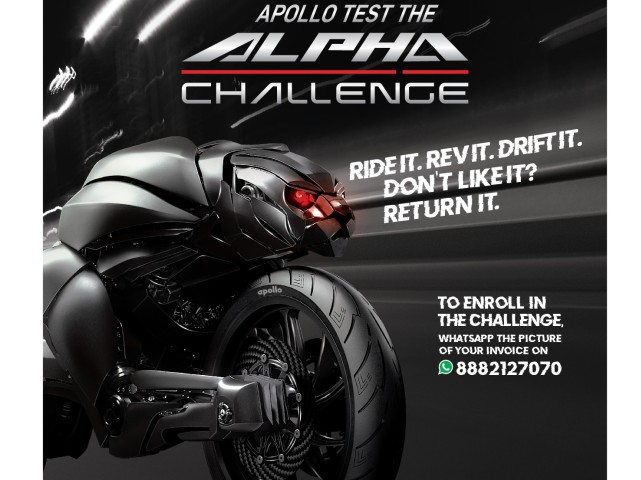 In a bid to get a larger stronger foothold in the Indian two-wheeler tyre market, Apollo Tyres have introduced an innovative initiative called ‘Test The Alpha Challenge’ that allows customers who buy the Apollo Alpha tyres to test it for 30 days, and if they are unsatisfied with the performance of the tyres they get the option of returning them and get a refund from Apollo Tyres. All you need to do is remember to get the warranty card stamped while buying new Apollo Alpha motorcycle radial tyres and then send a picture of the purchase invoice to the phone number mentioned on the image above.

Apart from this, the tyres come with a 2 years manufacturer’s warranty on a pro-rata basis from the date of manufacturing or up to 80% tread wear, whichever is earlier. This surely showcases the Indian tyre maker’s confidence in their new range of two-wheeler radial tyres. 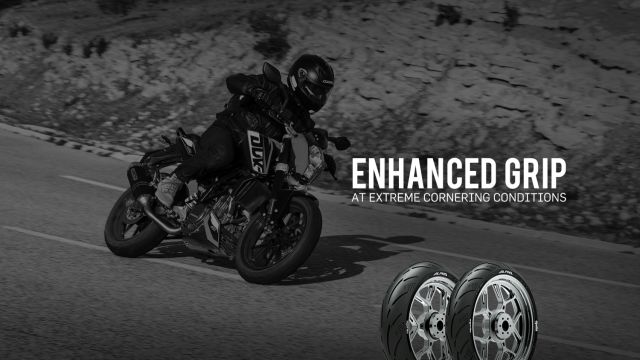 Commenting on the launch of this initiative, Satish Sharma, President, Asia Pacific, Middle East and Africa (APMEA), Apollo Tyres Ltd, said “We believe that we have a winning product in Apollo Alpha, which has been widely tested and accepted by biking experts and enthusiasts, not only in India but also in Europe. In addition to being a testimony of our confidence in our two-wheeler radials, this ‘test the Alpha challenge’ initiative is also a step forward in our effort of radialising the two-wheeler market in India.”

In a statement issued by the company, Apollo Alpha ‘zero degree’ steel-belted motorcycle radials have been designed and developed in-house, with the primary focus on grip and safety. The Apollo Alpha tyres have been designed with high silica-reinforced compound for greater grip during cornering and while manoeuvring the motorcycle. Apollo Tyres have managed to garner double-digit market share in a short duration are hopeful of keeping the momentum to gain an even larger share of the premium motorcycle tyre segment of India.