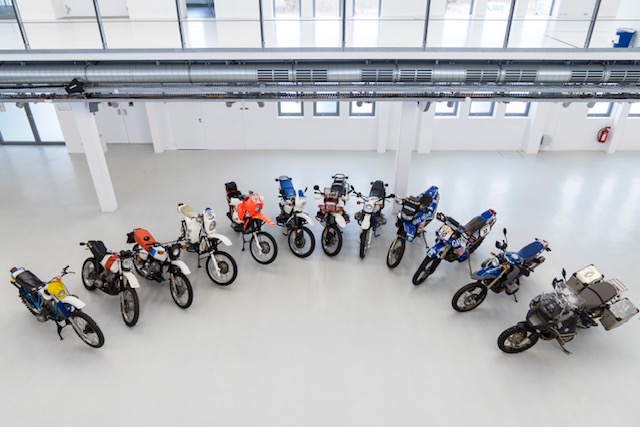 BMW Motorrad celebrate 40 Years of the BMW GS. The GS line has been synonymous with on-off road riding for four decades now, with 1.2 million units sold to this day.

GS stands for Gelände/Straße (German for off-road/road) and has been the byword for adventure touring since the model line’s inception in 1980 with the legendary R 80 G/S. The R 80 G/S wasn’t just a trailblazer in the international market, ushering in a new era and genre of motorcycling, but also made it big in competitions. Hubert Auriol took the checkered flag in the daunting Paris – Dakar Rally in 1981.

There have been some storied touchpoints in the evolution over the 40 Years of the BMW GS that have maintained the relevance and popularity of this series. The ’93 F 650 “Funduro” is one of these touchpoints – a lightweight single producing 47 horses was a recipe for off-road insanity.

The F 650 GS made a comeback in the 2000s with the single-cylinder intact, but now featuring electronic fuel injection, a catalytic converter and ABS. The F 650 GS and F 800 GS models launched in 2007 took another step in the GS evolution. A high-torque in-line twin along with a torsionally stiff tubular frame was another interesting approach to never-seen-before engineering.
The GS really came into its own in 2009 though, with the BMW R 1200 GS. This mode was powered by a DOHC boxer with two overhead camshafts per cylinder, good for 110 hp. The following year, the BMW G 650 GS appeared on the market. This was the spiritual successor to the Funduro with a new single-cylinder enduro to match.

The R 1200 GS was reworked in 2012, with an air/liquid-cooled flat twin engine coming in with cylinder heads featuring vertical flow. Advanced electronic systems came in to play here too with ABS, traction control or semi-active chassis integrated into the GS. It churned out meaty 125 hp for continent-crushing potency. 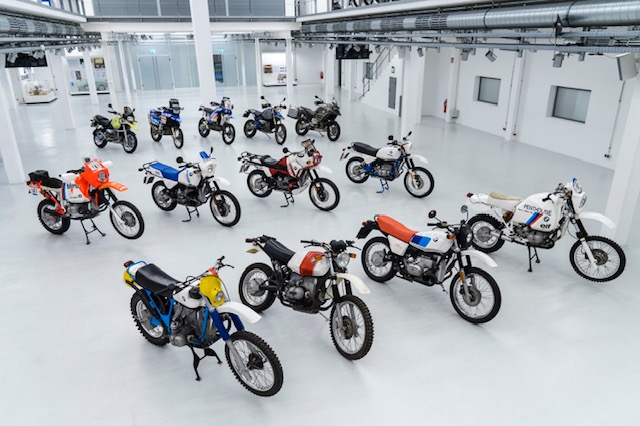 2016 saw the made in India G 310 GS enter the fold, the first GS model to come in below 500 ccs. Affordable-ish, accessible and easy, the G 310 GS brought the adventure touring capabilities of the GS line to a wider audience. 2016 also saw a curious retro modern design in the form of the R nineT Urban G/S. paying homage to the BMW R 80 G/S of the year 1980, the R nineT Urban G/S got a variant of the same 110 hp air/oil-cooled boxes from the other R nineT models, along with their six-speed gearbox as well.

The current-gen GS approach first appeared in 2018. BMW introduced their proprietary ShiftCam Technology for a more capable and efficient engine. This tech featured variable valve timings and valve stroke on the intake, along with asynchronous opening of the two intake valves on the intake camshafts for more streamlined combustion.

The GS line has been a cornerstone of the global two-wheeler tapestry since its inception, and it is great to see that the 40 Years of the BMW GS haven’t dampened the enthusiasm for this range of go-anywhere motorcycles. Long may this historic legacy continue.