The popular Kawasaki Ninja 650 has been updated with some crucial features for the 2020 model year. 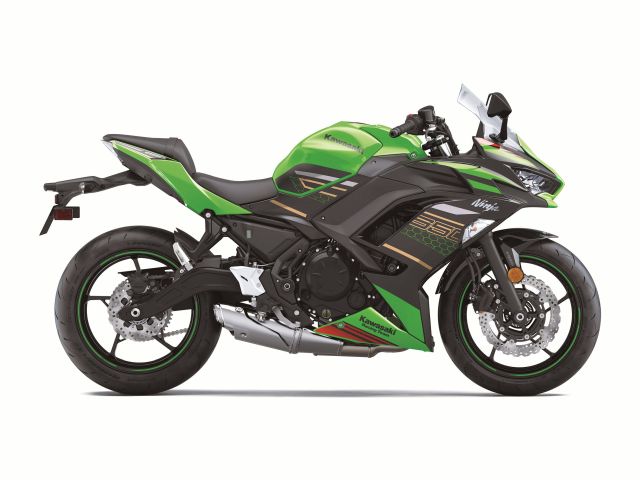 The 650-cc twin-cylinder middleweight from Kawasaki had been doing well but the Japanese bikemakers felt it was time for some updates. The most obvious of these are the headlamps and the instrument console. The new Kawasaki Ninja 650 will have LED headlamps, like the ones we have seen on the Ninja 400 and the Ninja ZX-6R. The analogue-digital instrument cluster has been replaced by a 4.3-inch colour TFT display that also supports smartphone connectivity via Kawasaki’s Rideology app.

Other changes on the Kawasaki Ninaj 650 include slightly improved bodywork that Kawasaki claim will significantly contribute to the motorcycle’s aerodynamics while offering more wind protection for the rider. Mechanically, the Ninja 650 remains unchanged. Power will continue to be drawn from the 649-cc, liquid-cooled, parallel-twin. Currently it makes 68 hp at 8,000 rpm and a peak torque of 65.7 Nm at 6,500 rpm. In the safety department, the 2020 Kawasaki Ninja 650 will be offered with a Bosch 9.1M ABS. The good news is that an India launch may not be too distant in the future.