Indian is one of the most revered motorcycle marques in the world and much of their success in their heydays has been based on the iconic Indian Chief motorcycle.

Now,we all know for a fact that the revived Indian are set to expand their brand globally into new markets, including India as well. The world wide web is already going viral with what is believed to be the sneak preview of the 2014 Indian Chief, sporting an all new Thunder Stroke 111 engine. We are betting big that the new Chief might just give the Harley-Davidsons a run for their money.

Today, Indian Motorcycles have unveiled a sneak peek of the 2014 Chief on their new website and revealed that the new motorcycle will also be coming soon to new markets like China, New Zealand and India. Indian Motorcycles have also added that they would be showcasing the 2014 Chief for the first time at the Sturgis Rally this year, but, until then, here’s an official sneak-peek video of what this iconic motorcycle in its new avatar is all about: 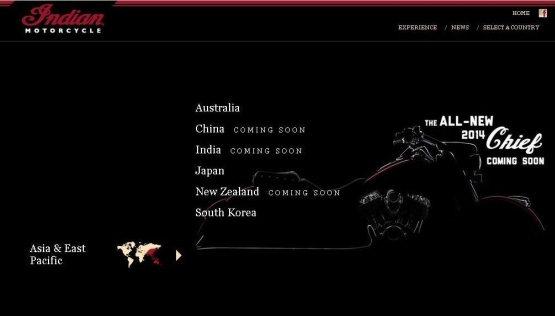