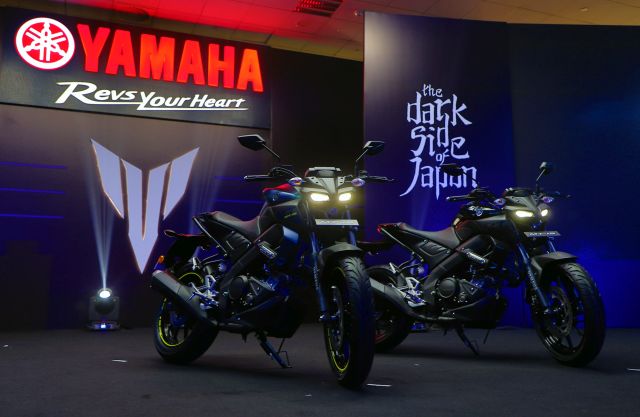 The new Yamaha MT-15 shares a lot of its parts with the YZF-R15 V3.0 albeit in a naked-bike avatar. Furthermore, there are a few changes specifically optimized for the MT-15.

The Yamaha MT-15 looks very similar in styling to its bigger-displacement sibling, the MT-09, with the alien-like front headlamp design, chiseled tank, and rear bodywork. The instrument cluster is the same as the faired YZF-R15, an all-digital unit. That said, it is an aggressive looking machine. 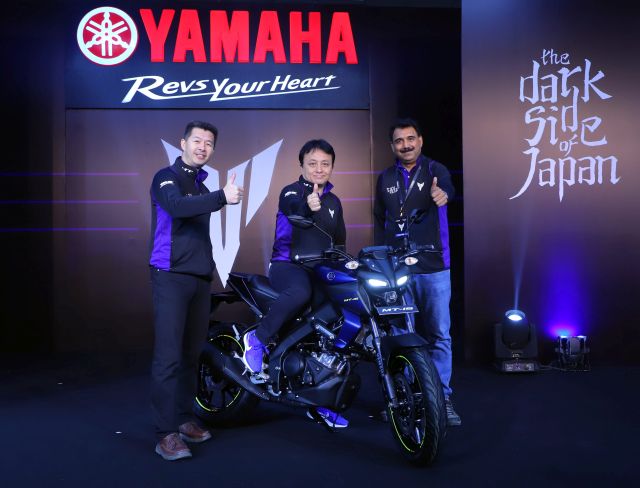 The all-new Yamaha MT-15 shares the same engine as the YZF-R15 V3: the liquid-cooled, SOHC four-valve, single-cylinder, 155-cc engine that delivers 19.3 PS at 10,000 rpm and 15 Nm of torque at 8,500 rpm. The motorcycle also features the capable Deltabox frame albeit with a slightly different steering geometry; trail has been shortened while rake remains the same. They have also made some changes to the final drive; the rear sprocket has more teeth than its faired counterpart.

Other changes include a box-section steel swingarm – a cost-optimization move – instead of the aluminium unit, and regular front telescopic forks rather than an upside down unit. Braking equipment is the same as on the R15 and it comes with dual-channel ABS as standard.

The Yamaha MT-15 will go up against higher-displacement competition such as the TVS Apache RTR200, Bajaj Pulsar NS200, and the KTM 200 Duke. Incidentally, it’s smartly positioned between the KTM 125 Duke and the 200 Duke in both power and pricing.