The Indian motorcycle market has been witnessing strong growth constantly in recent years, with the market scale reaching around 1.4 crore units in 2012! Which means, we’ve overtaken China to become the world’s largest motorcycle (not two-wheeler though) market! In fact, the market is expected swell further, tipping the 1.6 crore units in the next two years (am running out of exclamation marks here!)

Last week, we shed light on Honda’s (HMSI) new commuter bike assault plans which could catapult it to the top slot in the Indian two-wheeler arena. Close on its heels is India Yamaha Motor is also training its guns on the low-cost commuter segment. Yamaha announced a new motorcycle R&D headquarters in India, Yamaha Motor Research and Development India (YMRI), located at Surajpur in Uttar Pradesh. Established with a capital of Rs 2 crore, this R&D facility is their fifth overseas R&D headquarters, including Italy, Taiwan, China, and Thailand.

The Surajpur facility will provide low-cost models to the Indian customers, fine tuning models that have been designed in Japan. Most importantly, as reported by us earlier, the R&D centre is already developing a 100cc bike which will be priced below Rs 30,000 motorcycle, making it Yamaha’s most affordable model ever and, reportedly, the cheapest motorcycle in the world. Explaining the development further, Mr. Toshikazu Kobayashi, Managing Director, Yamaha Motor Research and Development India said that the company’s objective is to develop a lowest cost model for both India and export markets, with a target price of around US Dollar 500.

According to the company, this step would make India a global hub for development of low-cost bikes, which will also be exported to other countries in Africa and South America. Speaking to the media about the low-cost bike Hiroyuki Suzuki, CEO & Managing Director, India Yamaha Motor said that developing the product in India will give Yamaha a substantial cost advantage and enable them to price it competitively.

Apart from this, India Yamaha’s aggressive plan include the setup of the another R&D facility in Chennai, launching a new scooter and there’s even buzz of a 250cc performance bike for the petrol-heads. The company is targeting to sell 5 lakh in 2013, and expects to double the number in 2015. 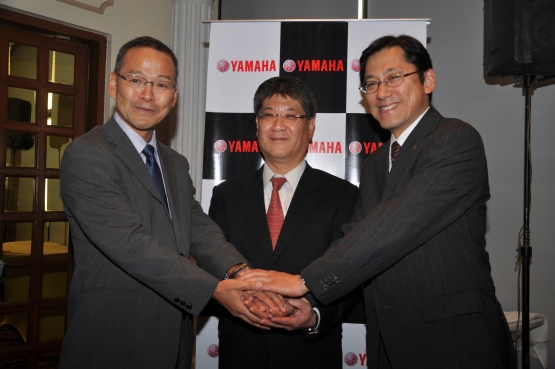