Despite a subdued growth of the entire two-wheeler industry, Honda Motorcycle and Scooter India (HMSI) reported record breaking sales of 27.54 lakh units this fiscal year, a jump by 31% compared to FY2011-12, making the Japanese firm the fastest growing two-wheeler company in India. Their domestic market share has now been bumped to 19 per cent, second only to Hero MotoCorp which produces the largest selling motorcycle in the world, aka our humble Splendor. Hero, however, closed the financial year 2012-13 with 60.75 lakh units, a decline by over a lakh units than FY 2011-12.

At the Honda CB Trigger 150cc launch recently, Shinji Aoyama who’s the Operating Officer, Honda Motor Co (Japan) highlighted the fact that the Indian two-wheeler market constitutes of almost 1.4 crore units per annum, and even if it remains at the same level (without any growth), HMSI may become the market leader latest by 2016. A statement that caused quite a stir in the board rooms of its competitors.

What’s Honda’s plan? How does it plan to dethrone the numero uno which still sells twice as many two-wheelers? Bike India has learnt that Honda is now focusing all their energy, resource and might on commuter bikes that will etch the desired numbers on their balance sheets. So, though you have the option of buying CBR250R, CBR150R and even the CBR1000RR, the flavour of the season at HMSI is mass market products. And to achieve market leadership in India the company is yet to unleash their Brahmastra (ultimate assault weapon). A company insider has confirmed that HMSI is ready to launch a 100-cc to 110-cc bike directly against the (now-ageing) Splendor, and promises to be better in terms of modern technology and, more importantly, efficiency.

HMSI will be expanding the Dream series and plans to launch new products under the ‘Dream’ brand, in a bid to reach the 40 lakh units target in FY14. The new Honda commuter has been given the code named ‘K23’ and would share the Dream Yuga 110-cc platform. K23 has been designed keeping in mind to deliver maximum value for money, and the engine has been tuned for excellent fuel efficiency.

Now the two important questions remain – When? And, How much? Since the new Honda Dream model is slated to launched under Dream Yuga, which retails at about Rs 55,500 (OTR, Pune), we suspect it to be priced around Rs 51,000 (OTR, Pune). The big surprise is that the bike is ready for production and is expected to be unveiled later this month!

Note: The Dream Yuga image here is used for representation purposes only. 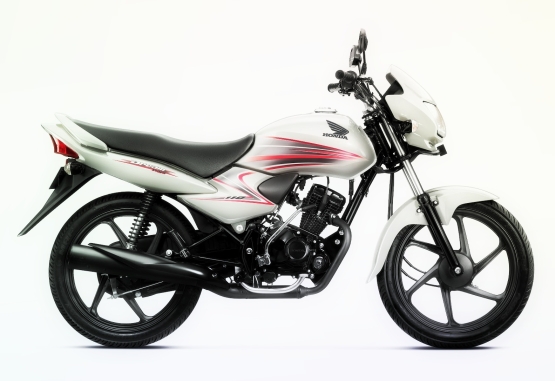