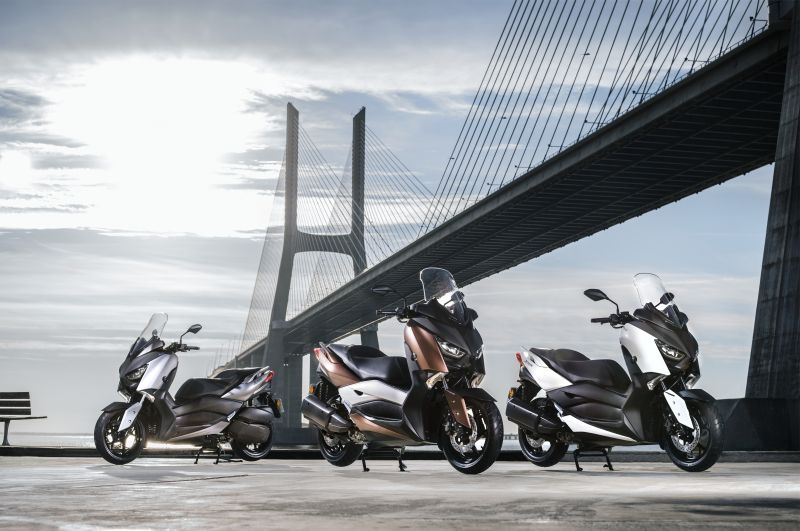 Descended from the venerable TMAX, this is Yamaha’s latest entrant into the sporty scooter scene

The replacement to Yamaha’s highly successful X-Max 250 scooter has just made its global debut. The X-Max 300 looks imposing any way you look at it, due to the aggressive and sharp design lines that start at the menacing twin LED headlights, to culminate in that wide behind, adorned with the wrap-around taillights. The scooter rides high on a 15-inch wheel up front and 14-incher at the rear, and a new chassis supported by telescopic forks up front and twin shocks at the rear. 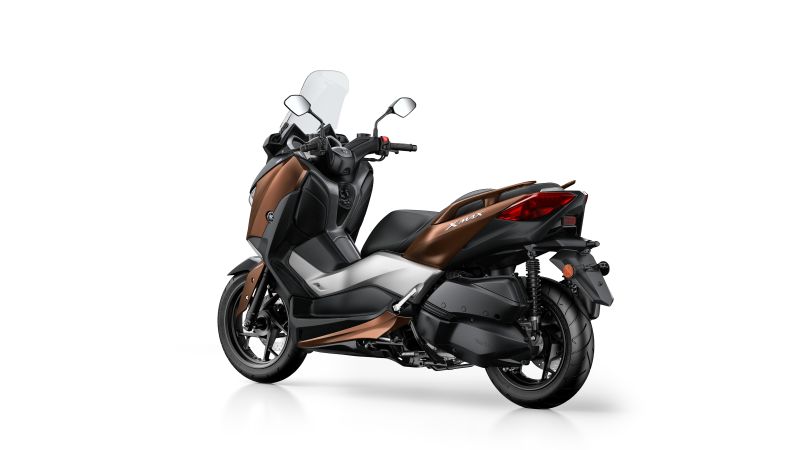 The twin-pod instruments seem rather car-like, and include analogue speedo and tacho, with a digital multi-functional display nestled in between. Pictures show that the X-Max 300 will boast of massive under-seat storage, enough for two full-face helmets with space left over mor other items, and comes with creature comforts and features like a keyless ignition, traction control, disc brakes with ABS at both ends and 12-volt power socket.

Yamaha have not yet announced powertrain details, but we do know that it will probably be driven by a 300 cc liquid-cooled single cylinder unit. We also don’t know if Yamaha plans to introduce this scooter here in India, but it would be nice to see how the market reacts.