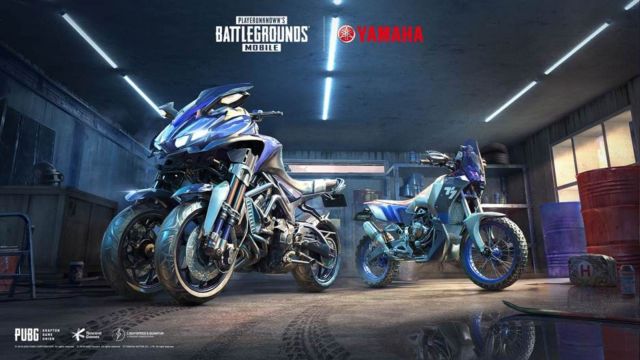 Yamaha have collaborated with popular battle royale game PUBG Mobile, and bike skins based on Yamaha motorcycles are now available within the game. So far two new Yamaha motorcycle skins have been launched; the one clearly based on the Ténéré 700 middleweight ADV is simply called the T7 Concept within the game, while other is Yamaha’s three-wheeled Niken, which goes by the name MWT-9 in the game. For those of you who don’t remember, MWT-9 was the designation with which we were introduced to the concept at the 2015 Tokyo Motor Show.

PUBG Mobile features a variety of vehicles, including a motorcycle that looks suspiciously like a BMW 1150 GS, but this collaboration with Yamaha is the first time that the game has incorporated officially-licensed motorcycles.