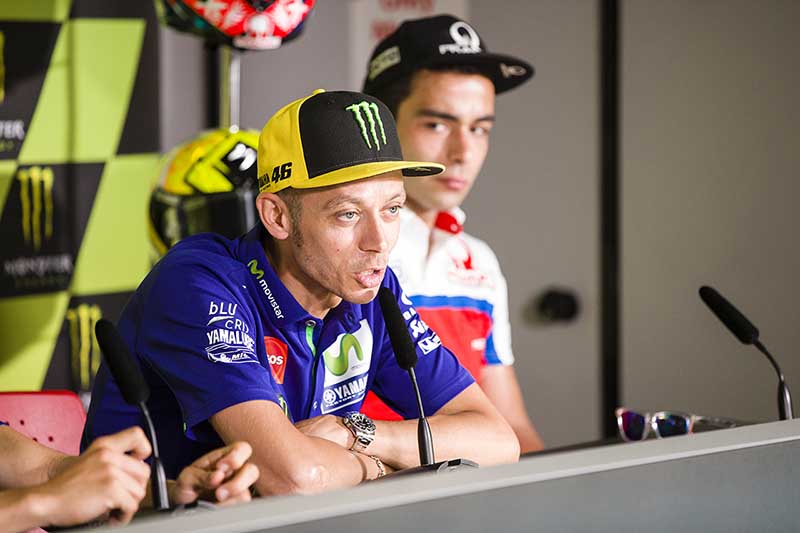 When ex-MotoGP rider and former two-times World Superbike Champion, Colin Edwards, called Valentino Rossi the GOAT or “Greatest Of All Times”, he wasn’t joking. Because the 38-year-old has decided to get back on his Yamaha M1 and try to race at Motorland Aragón despite not having recovered fully from a recent crash. The nine-time world champion fractured his leg in a motocross training accident in August, which forced him to miss the Misano GP and put a question mark about his participation in Aragón GP. However, after testing a road bike at Misano post the race weekend and subsequently undergoing a medical test, Valentino was declared medically fit to take part in Aragón GP. Following this, Rossi has decided to get back on his MotoGP machine at Aragón despite still being in pain.

However, he also added that he could only decide on Sunday’s race after putting the M1 through its paces in FP1 at Aragón. Rossi is currently 42 points behind Marc Marquez and Andrea Dovizioso, who are tied for the championship lead. With five rounds remaining, and an injured leg, it seems that Rossi’s championship fight for 2017 is almost over. However, it will still be exciting to see the legend get back on track and thrill the audiences with his racing spirit. 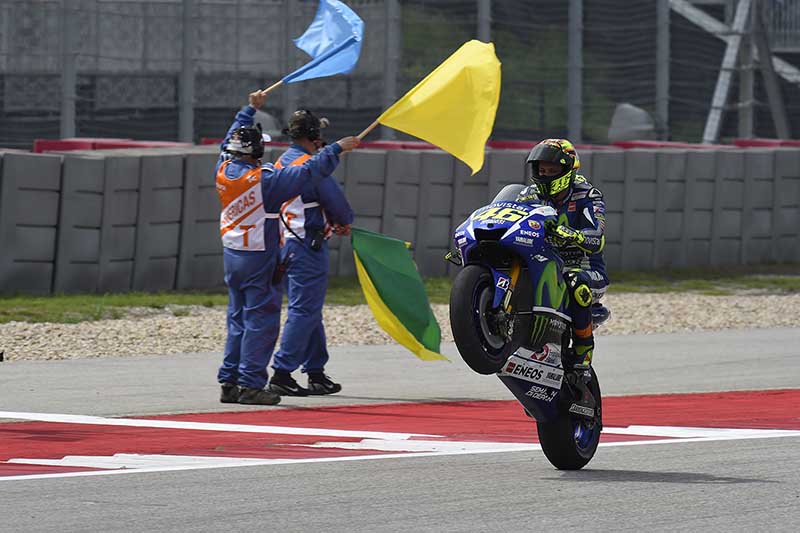