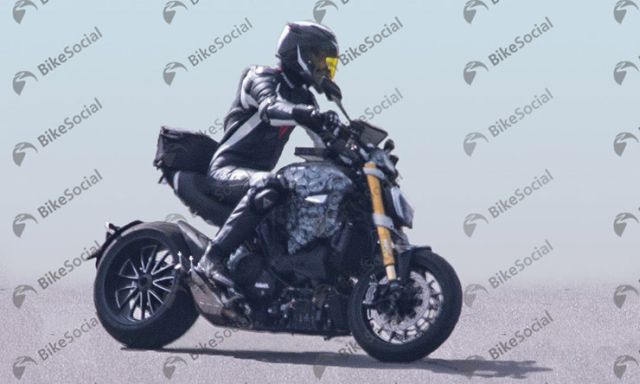 Spy pics have emerged of what seems to be the next iteration of Ducati’s imposing Diavel, still in the prototype stage and seemingly quite far from production. The bike in the image, clearly a test mule, seems to be powered by the 1,262 Testastretta motor that does duty in the XDiavel Cruiser and Multistrada 1260. Although similar in design, the current Diavel and XDiavel share absolutely no components, and this seems set to change, with the bike in this image using a chassis similar to that of the XDiavel, as well as the cruiser’s under-slung exhaust and conventional monoshock, rather than the low-mounted horizontal monoshock from the current Diavel.

We don’t know when Ducati will officially unveil this new motorcycle, and since the bike in the image seems far from completion, it may be sometime late next year or even early 2020. Stay tuned.