The TVS Radeon BS6 has re-entered the market after being equipped to meet the latest emission regulations. 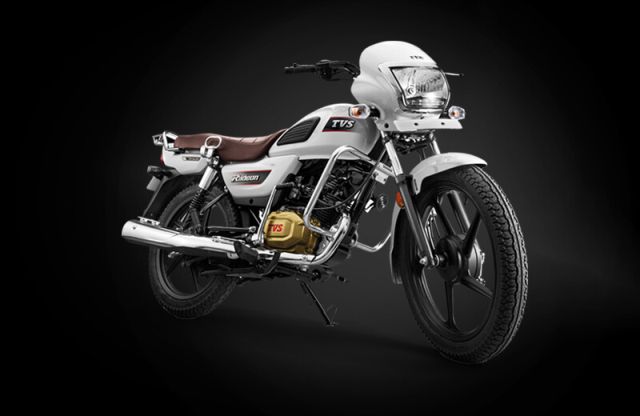 The TVS Radeon BS6 is priced from Rs 58,992 (ex-showroom) onward and claims to be 15 per cent more fuel-efficient than before. Aesthetically, the motorcycle remains the same and will be offered in eight colours including two special edition paintjobs. The Radeon’s major change is in its engine. The 109.7-cc, air-cooled, single-cylinder Duralife engine is now fuel-injected. It belts out 8.2 hp at 7,350 rpm and has a peak torque of 8.7 Nm at 4,500 rpm, while being mated to a four-speed gearbox.

The engine is bolted into a tubular cradle frame that is equipped with a telescopic fork at the front and twin shock absorbers with adjustable preload at the rear. Braking is handled by drums at either end, 130-mm front at 110-mm rear, while the special edition features a 240-mm disc at the front. The standard motorcycle also gets a combined braking system; while 18-inch alloy wheels at either end dial up style by a few points.