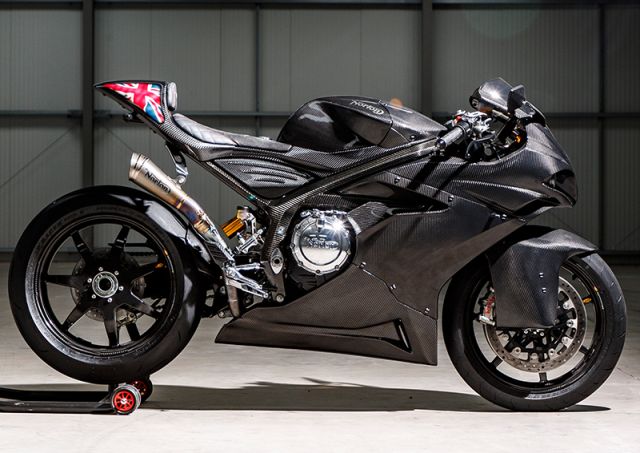 Norton Motorcycles are one of the most recognized British brands on the planet, but after falling on hard times, India’s TVS Motor Company are considering taking over the reins of the marque.
Norton Motorcycles are a legendary motorcycle manufacturer specializing in high-end, premium, retro-inspired machines. The brand has been around since the early 1900s, but went into administration in January 2020, and have had to essentially shut shop since. However, for all you Norton fans out there, rumours are abound that our very own TVS Motor Company could wade in like the proverbial white knight and save the company from folding completely.

While this is not confirmed news by any means, and there has been no official attempt at bidding for Norton on TVS’s part, this move would make sense for the Indian brand. TVS are well-known for their mass-market motorcycles and scooters and haven’t ventured too far in the premium motorcycle realm, with only the RR310 testing the waters of the high-end two-wheeler market. However, getting a legendary brand like Norton would definitely boost the company’s profile and allow the brand to venture into rarefied territory with a household name. And considering that Norton are at the stage where assets are being liquidated because the company has unpaid taxes and outstanding debts to its name, making it the perfect time for somebody like TVS to swoop in and pick the company up on the cheap.

Not only that, but TVS could also expand Norton’s own portfolio which currently starts at the 650-cc level, and carry a hefty price tag. Since TVS are experts in the large-scale two-wheeler production space, they could potentially offer scaled-down versions of Norton bikes at more affordable prices and take the fight to the likes of Royal Enfield’s 650 twins and even the entry-level offerings from Triumph, Ducati and Harley-Davidson.

We will be keeping our ear to the ground for more developments in this story so make sure you follow us for all the updates.