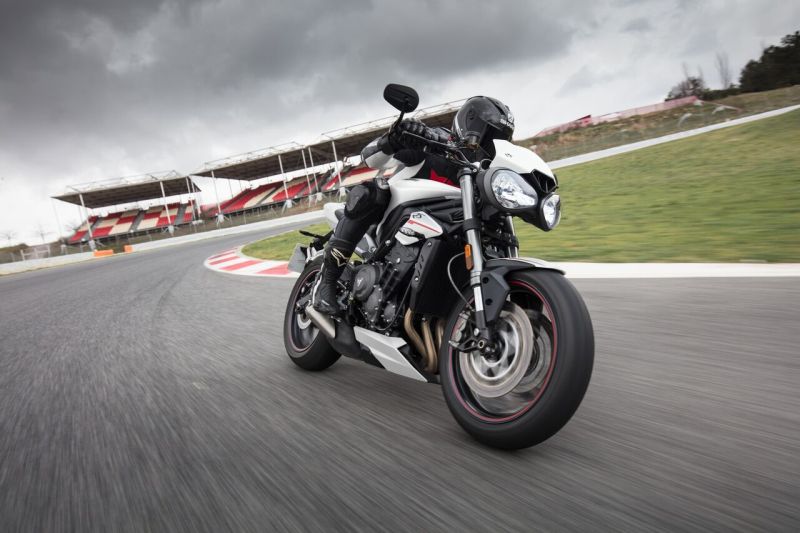 Triumph Motorcycles India have introduced the most potent iteration of their street-naked motorcycle, the Street Triple RS in Crystal White and Matt Jet Black options, priced at Rs 11.13 lakh (ex-showroom).

After launching the base Street Triple S in 2017, Triumph Motorcycles India have skipped the middling ‘R’ version and have gone all the way to bring us their top-of-the-line variant. The most potent version of the popular street-naked series is now available for riding enthusiasts in our country, welcome the Street Triple RS. The bike is powered by a three-cylinder motor that produces an impressive 123 PS at 11,700 rpm and 77 Nm at 10,800 rpm from the 765-cc engine which is paired to a six-speed gearbox, from the more track-focused Daytona 675. The bore and stroke are bigger in the Street Triple and it also packs more than 80 new parts. The new bike produces 16 per cent more power at the same revs than the previous Street Triple. 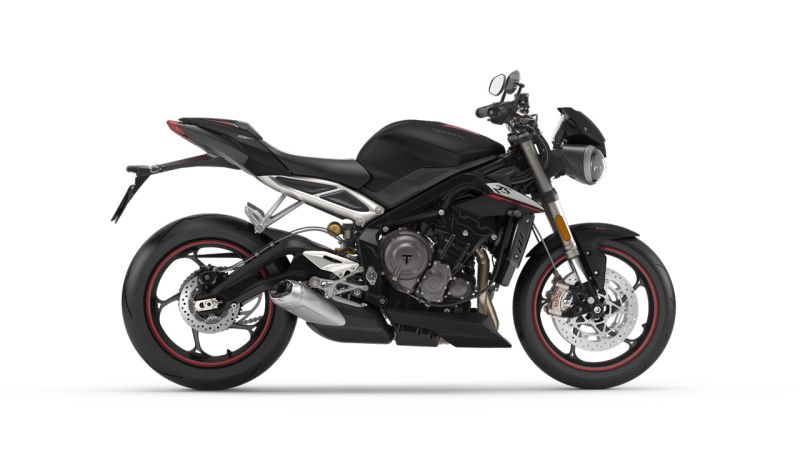 The new RS is also paired with five riding modes: Rain, Road, Sport, Track and Rider. This means riders can tweak the throttle response, chose between three-stage ABS and four-stage traction control settings to suit their riding styles. There is also a bi-directional quick-shifter. 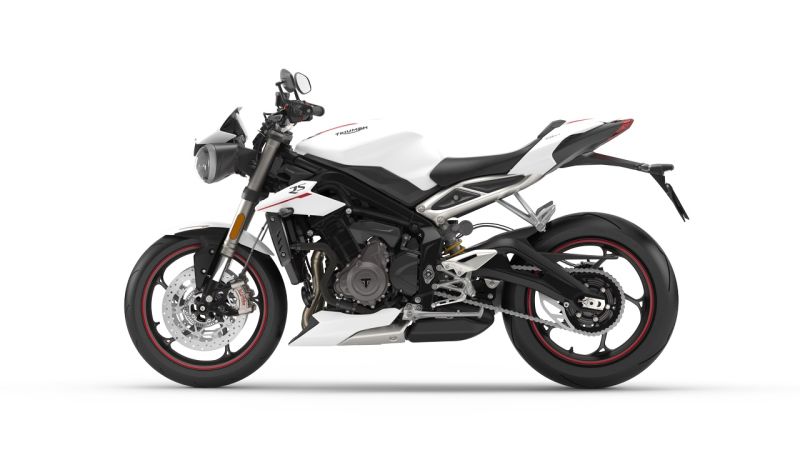 The major change in the new Street Triple RS is the new chassis and swingarm which should make the bike more stable. The most powerful iteration of the Street Triple range is being priced at Rs 11.13 lakh (ex-showroom). You can check out how the Street Triple RS got on when we cracked open the throttle at the Circuit De Catalunya in Barcelona. 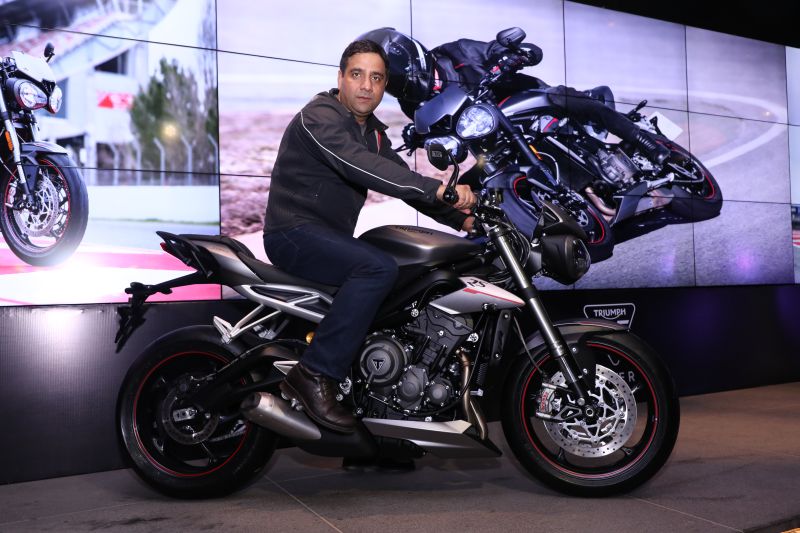 During the launch of the bike in October 2017, Vimal Sumbly, Managing Director, Triumph Motorcycles India said, “Innovation at Triumph is activated by our need to deliver products that suit rider requirements. The new Triumph Street Triple RS is a force-machine that delivers in terms of performance and style. It is the most explosive and adrenaline-charged Street Triple ever. It’s built to be at home on the track. I hope our riders enjoy the superb suspension, power and technology of the new Street Triple.”