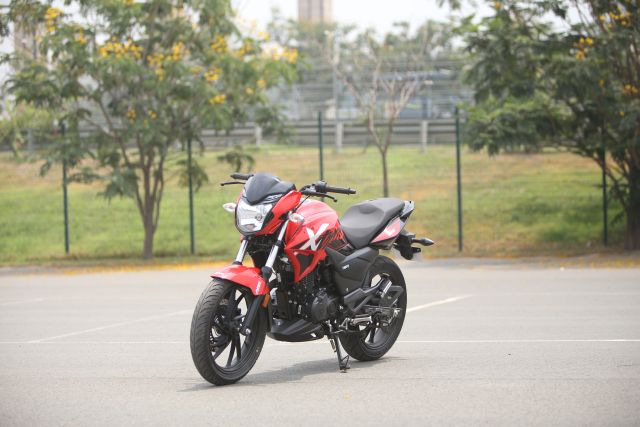 Hero MotoCorp, TVS and Bajaj have all expressed concern about the high 28 per cent ‘luxury goods’ GST bracket that motorcycles have been classified under.

The top three Indian motorcycle manufacturers have appealed to the government to lower the GST rate on motorcycles and scooters from 28 per cent to 18 per cent, citing that two-wheelers are not luxury goods. The GST Council is scheduled to meet on January 10 to discuss lowering tax rates on certain items, and motorcycle manufacturers are lobbying for a drop in the tax charged on motorcycles to offset the expected price increase when ABS and combined braking systems (CBS) become mandatory from 1 April, 2019. The shift to BS VI norms in 2020 will further push up motorcycle prices, and a reduction in the GST would ensure that buyers don’t feel as great a pinch when buying a new motorcycle.

A statement released by Hero MotoCorp last week called for a reduction in GST, stating that it would provide great relief to two-wheeler customers across the country. Chairman Pawan Munjal had this to say, “Given that two-wheelers provide basic mobility to the masses, there is an urgent need to reduce the GST rate on two-wheelers from the 28 per cent bracket of ‘luxury goods’ to that of 18 per cent for mass usage items. The reduction in tax rate would not only help millions of two-wheeler customers, but also the entire value chain dependent on the sector. It is absolutely imperative to ensure growth in the auto sector to create and sustain inclusive economic growth. With the transition to BS VI emission norms, cost of two-wheelers will further go up. All these will put severe stress on the extremely cost-sensitive commuters, for whom the two-wheeler is a lifeline.”

TVS Motor Company Chairman, Venu Srinivasan, also called for a reduction in GST on two-wheelers, saying “Rising urbanization, increasing purchasing power and the enhanced need for connectivity particularly in the mid-sized and smaller cities across India, has fuelled the two-wheeler revolution for personal mobility. Given the importance of the two-wheeler segment as an item for mass mobility, the GST rates for two-wheelers undoubtedly needs to be reconsidered. It certainly cannot be benchmarked against the prevalent GST rates for luxury goods at 28 per cent, especially given the current state of inconsistencies with the integrated multi-modal public transport systems across India. More so with new safety norms and BS VI integration also around the corner, both of which will increase two-wheeler prices, it has become even more imperative to relook at the GST rates for two-wheelers to ensure social inclusion that is sustainable in the longer run.”

Bajaj Auto MD, Rajiv Bajaj, also suggested that the reduction in GST should be timed to coincide with the new safety and emission norms that will increase the price of two-wheelers. He said, “It will be a win-win solution to time any GST reduction with the safety or emission norms to mitigate the significant cost-up that’s inevitable. Doing so separately would actually make things much worse for a while before making it hopefully better.”