With their new flagship store in Seoul, the Royal Enfield South Korea sojourn has officially commenced. 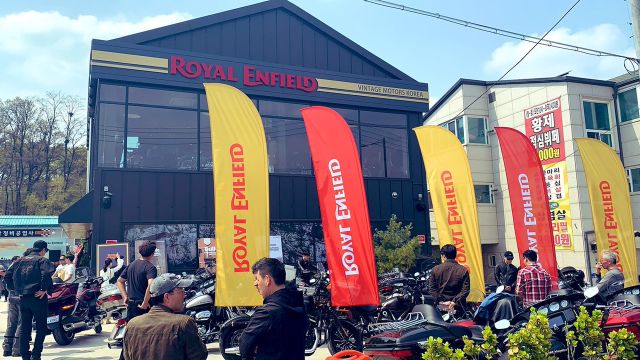 Legendary motorcycle makers, Royal Enfield, have expanded their reach in the Asia region by opening a stand-alone flagship store in South Korea. They have teamed up with Vintage Motors (Kiheung International) who will be distributing the motorcycles. The first flagship store has been opened in Seoul at Hannam-daero 42-gil and they will provide after-sales, spares and service.

Addressing the media, Vimal Sumbly, APAC Business Head, said, ‘Our focus is to sustain and expand our reach in international markets especially in Asia pacific region. Royal Enfield has seen consistent growth in the APAC region with a 20 per cent year-on-year growth. Korea is an important chapter in the growth story and we are thrilled to commence business here. We fully committed to focus all our energies on becoming part of the fabric of this country’s rich motorcycling culture.’

The Royal Enfield South Korea flagship store will be offering three models in the country; the Bullet (500 cc), the Classic 500, and the Himalayan. The 650 Twins may reach South Korea at a later date.