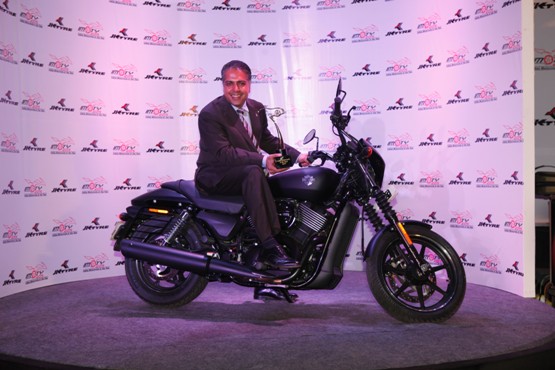 Dr Raghupati Singhania, Vice-chairman and Managing Director, JK Tyre & Industries Limited, and Aspi Bhathena, Editor, Bike India, and Chairman, IMOTY 2015, along with other members of the IMOTY jury presented the Indian Motorcycle of the Year trophy to the Harley-Davidson Street 750 on behalf of the esteemed jury.

The award ceremony witnessed the presence of eminent guests, including scions of the corporate world, senior officials from the automobile industry and representatives of industrial bodies.

IMOTY is the most credible and coveted motorcycle award in the country. This award is an expert and independent judgement on the best new motorcycle sold in India and is aimed at recognising focused, consistent and rigorous efforts made by motorcycle manufacturers in the areas of design excellence, innovation and R&D. The award has been gaining prominence with each passing year and JK Tyre has been associated with it since its inception.

This year the final short-list of contenders saw a dozen motorcycles battling it out for the highest honour. The chosen ones were then put through a further round of assessment by the jury members at Lonavala on 4 December. After a session of evaluation followed by voting, the top three contenders for the IMOTY 2015 turned out to be the Harley-Davidson Street 750, KTM RC 390 and Suzuki Gixxer. The nominated motorcycles were judged on various parameters such as price, fuel economy, styling, comfort, safety, performance, practicality, technical innovation, value for money and suitability for Indian riding conditions.

Congratulating Harley-Davidson on winning the equivalent of the ‘Oscar Award’ of the Indian motorcycle industry, Dr Raghupati Singhania said, “The automobile and auto ancillary sector in India is growing at a fast pace. The consumer is ever-discerning and auto-makers seek to outperform each other. In such a super-competitive environment of innovation and strategies, JK Tyre IMOTY Awards endeavour to recognise those who challenge the status quo. The winner of the IMOTY award embodies this very spirit of dynamic leadership and creative engineering, while keeping the needs and the comfort of the consumer uppermost in mind. I congratulate the winner of the IMOTY 2015, as well as all the nominees. Over the last 10 years, in association with our elite panel comprising eminent jury members, JK Tyre IMOTY Awards have always been held in the highest esteem and has been the preferred platform to recognise and felicitate auto-makers who have their finger on the pulse of this nation and its consumers.”

This year’s jury for IMOTY comprised Aspi Bhathena and Aninda Sardar (Bike India), Girish Karkera and Abhinav Mishra (BBC TopGear), Shubhabrata Marmar and Halley Prabhakar (Overdrive), Yogendra Pratap and Rahul Ghosh (Auto Bild India), Arup Das (AutoX), Kartik Ware (Motoring World) and Sirish Chandran and Abhay Verma (Evo). This specialist jury consists of experienced Indian automotive journalists from the best titles on sale in India. The jury members are known for their analytical skills and competence in evaluating and testing motorcycles as a part of their profession. The experienced jury members are responsible for selecting a single decisive winner and the voting process has been designed to be very fair and unbiased. In the best traditions of IMOTY, this year the expert jury ensured that the evaluation for the IMOTY 2015 remained transparent, fair and based solely on the merit of the product.

Congratulating the winning motorcycle, Aspi Bhathena said, “It’s been a tough one this year with no less than a dozen contenders for the top spot. Even among the final three it was a close call with each of the three motorcycles representing the best of their respective segments. In the end the IMOTY jury must congratulate Harley-Davidson, for the Street 750 is a worthy winner and delivers more on every evaluation count. It is compact, easy to ride, has a great chassis and a superb engine.” 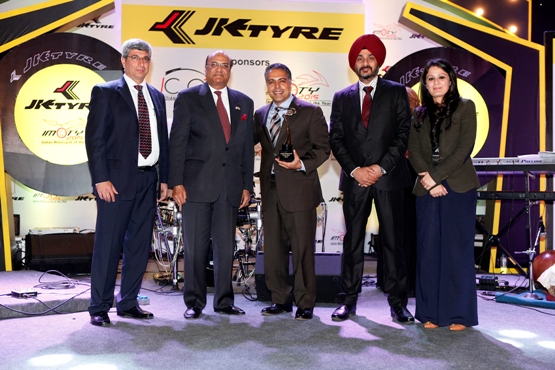 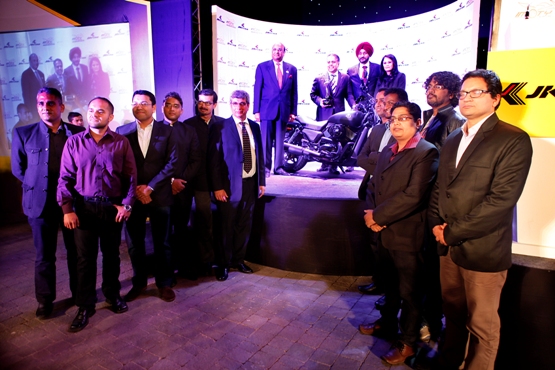