Suzuki have announced their retirement from the commuter segment and are all set to bring in some new premium and higher-displacement motorcycles, to take on the competition. 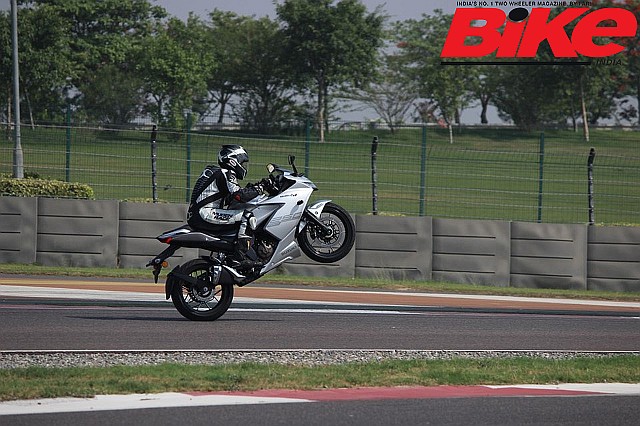 Japanese Giant, Suzuki just launched the Suzuki Gixxer SF 250 and the updated Gixxer SF 150 in India. The new Gixxer SF 250 is priced at 1.71 lakh (ex-showroom) and will be an aggressive competitor to the Honda CBR250R that is priced at 1.94 lakh (ex-showroom). We believe that the price tag of the new Gixxer will get them more buyers, considering the fact that the Honda CBR250R has not gotten any major updates in a while.

Many two-wheeler brands are moving away from mass-production of commuter vehicles, to focus on higher-displacement premium motorcycles. After fellow Japanese giant Yamaha, Suzuki have now announced that they will be leaving the commuter segment to focus on performance motorcycles (150-cc and above).

The Vice President of Marketing, Devashish Handa, spoke to the media and said that as part of their new strategy, would only be introducing motorcycles above 150-cc from now on. He also said that they have no intention of staying in the commuter segment anymore, and want to focus on the aspirational needs of the customer as well as their passion, and not just give them a vehicle that satisfies functional needs. He also added that they are working on giving an option to a customer who would like to go for a Pulsar 220F or a Fazer 25. This is probably a hint at a naked version of the Gixxer SF 250. Suzuki will be targeting younger and urban customers as 50 per cent of their dealerships are in metro or tier-I cities.

Handa also confirmed that they would be releasing introducing two vehicles every year which could be either a bike or a scooter and will be carrying higher-displacement engines and have a higher price-tag as well. Upgrading their range to offer motorcycles to customers that are experienced riders is Suzuki’s plan of action. They also plan to have their play in cruiser bikes as well.

The Suzuki Hayate was being sold in India along with the scooter ‘Suzuki Lets’ which were not doing well and hardly pulling in any sales. The Hayate and the Lets have silently been discontinued and taken off their official website. The current premium bikes that are being offered by Suzuki are the GSX-S750, the GSX-R1000 and the V-Strom 650XT. We look forward to seeing new premium motorcycles from Suzuki that will take on the current competition head-on.