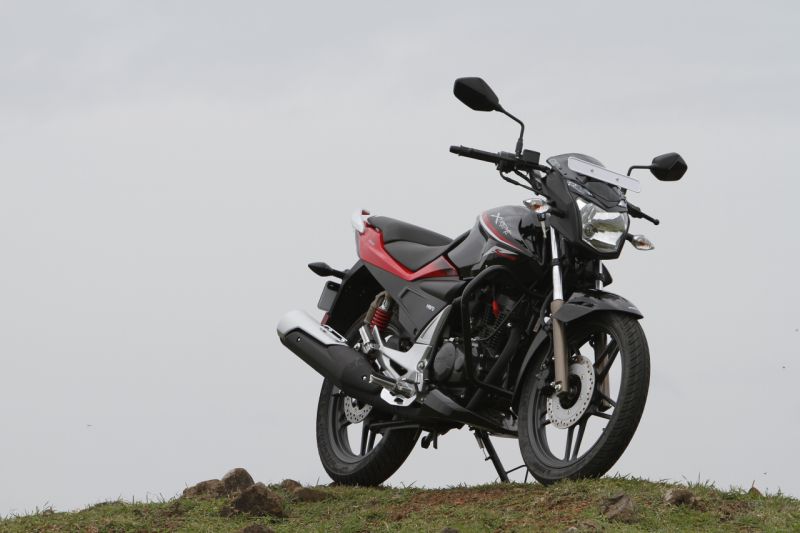 There’s a new 150-cc slicker in town: the Xtreme Sports. Can Hero’s latest offering outstrip the other big guns of this massively competitive segment? We just had to find out

Jack of all trades, master of none,
Often times better than a master of one

This is an old adage, the second half of which is usually ignored, and one that is entirely apt when discussing the diverse 150-cc motorcycle segment. To be a success in the 150-cc doghouse, the bike needs to be a good looker, a decent performer, provide above-adequate comfort and ergonomics, and be relatively easy on the pocket both in terms of cost and fuel economy. In the form of the Xtreme Sports, Hero have unveiled their latest progeny that will do battle in this very arena. An arena that they helped found, and, incidentally, it was the most ancient ancestor of this very bike, the CBZ, a pillar of the Indian 150-cc segment. The CBZ’s lineage has come a long way from this aforementioned ancestor, and that is most clearly evident when you look at the Xtreme Sports. 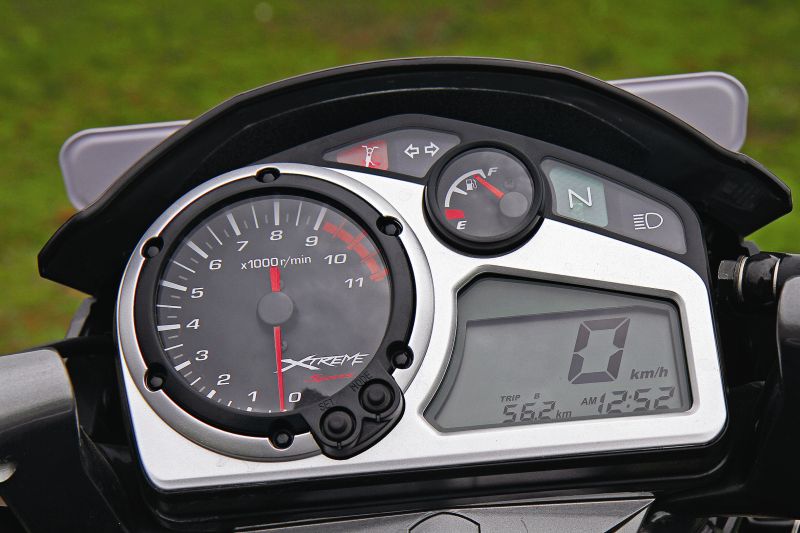 It is clear that the Xtreme Sports draws visual inspiration from its Xtreme sibling because, under the skin, they are essentially the same bike, but there are a few clearly discernible differences between the two. The headlamp unit has been tweaked, and, in what is a surprisingly recurring theme on the Sports, is strangely reminiscent of the bike two generations its senior: the now defunct CBZ Xtreme. The instrument cluster is new, and a combination of analogue rev counter and digital speedo which is clean and bold, making it easy to read. The key slot for the bike has been moved to the side however, à la retro cruisers, which makes life bothersome if you’re in the habit of turning your bike off at signals, and is compounded by the fact that an engine kill switch is conspicuous by its absence. 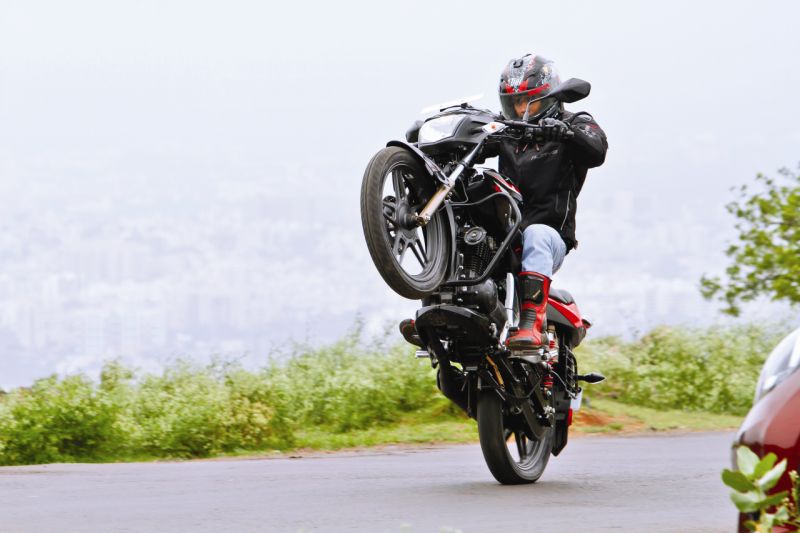 Other retentions from the old CBZ Xtreme include the grab-handles, which are separated by a new split seat. Both elements add a certain amount of visual relief, and as such are a welcome inclusion. There’s also extra panels on the tank and a belly pan that add to that Sports moniker and give the bike that little bit of aggression in the visual department. 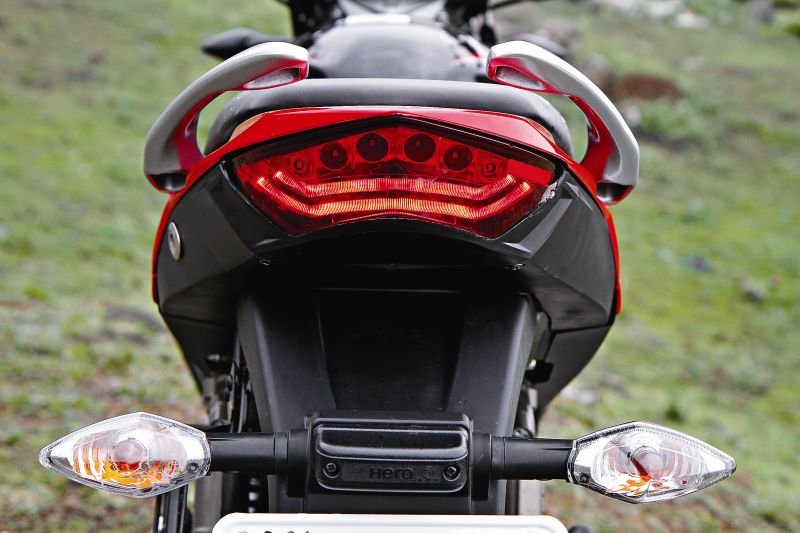 Another new addition to the bike is a pair of snazzy-looking LED pilot lamps. Overall, the fact that it isn’t overloaded with graphics, has a new smoked cowl, and incorporates two-tone elements on the exhaust and the mirrors means the Xtreme Sports is a decent looker.

On to the features department, which is where the Sports has regressed from its Xtreme sibling. The Sports doesn’t come equipped with an engine immobiliser, service indicator or under-seat charging point. It does, however, retain the Xtreme’s attractive LED tail-lamp arrangement along with the side-stand indicator. Ergonomics-wise, the buttons are easy to use and don’t feel flimsy, which is good. 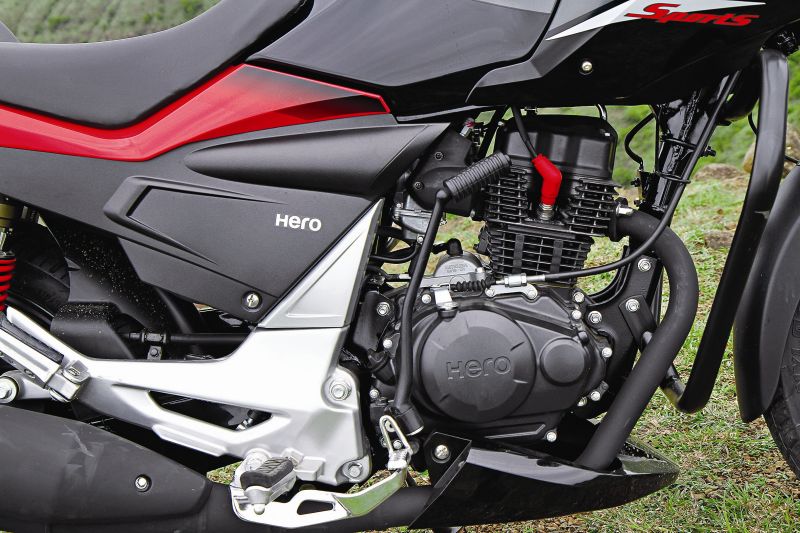 What’s really interesting, though, is that while the Xtreme Sports retains the newest iteration of the same Honda-sourced 149.2-cc as the whole CBZ lineage, this one has been tuned to produce the greatest power output of the lot at 15.8 PS peaking at 8,500 RPM. The torque figure for the Xtreme Sports stands at 13.5 Nm at 7,000 RPM, and this engine is married to a five-speed transmission, all of which sits in the long-standing tubular diamond frame.