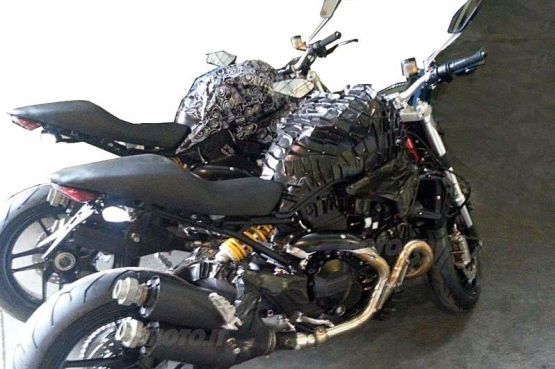 Ducati could be working on even more exciting machinery, as a recently spied bike indicates. Spotted testing a few days ago, the bike appears to be powered by a 1198cc Testastretta 11° liquid-cooled engine on a body with obvious cues from the Monster line and an exhaust reminiscent of that on the Diavel.

With an engine of this capacity, the bike should be good for over 150 PS. The biggest news of course is the change in cooling technology, as till date the Monster line has used air-cooled powerplants; emission norms though necessitate going beyond air-cooling and Ducati could be taking the bait.

Ducati recently showed a new Testastretta 11° engine for the Hyperstrada and Hypermotard, and that 821cc V-twin is likely to be part of the Monster line, with the two bikes’ predecessors also having shared engines. With the Monster providing an entry point of sorts to the Italian marque’s product range, they could have some exciting plans for 2014.

The new Monster will presumably cater to the needs of Ducati enthusiast looking for high-powered street-oriented bikes. The bike could debut at the 2013 EICMA show in November. Watch this space! 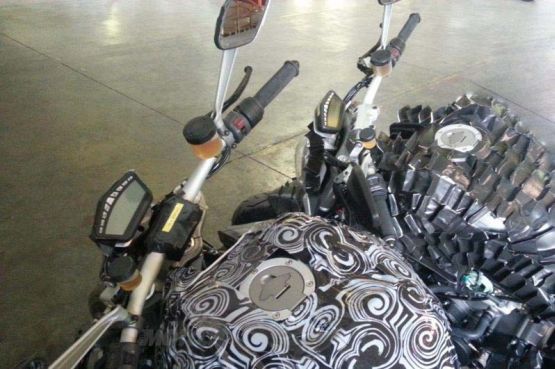 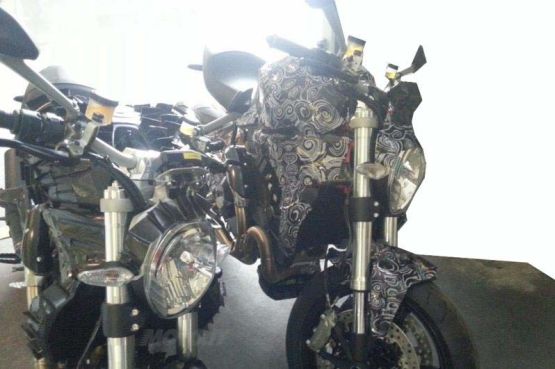