Sahara have announced their entry into the automobile sector as Sahara Evols and will be introducing a range of electric vehicles (EVs). 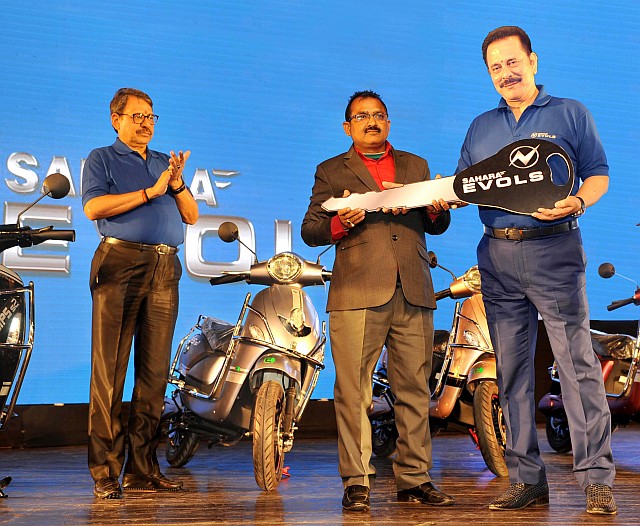 Sahara Evols are ready to compete in the electric vehicle segment and will be launching new electric scooters, motorcycles, three-wheelers and cargo vehicles. Sahara Evols have currently started in Lucknow and plan to establish their ecosystem in Tier II and Tier III cities of India by the end of this financial year, which will be followed by rolling out their products and services throughout India.

Sahara Evols vehicles run advanced electric motors and a drivetrain designed and developed with German engineering. The technology and design of Sahara Evols electric vehicles provide instant pick-up and zero noise pollution resulting in lower battery consumption and a soundless cruise. The vehicles will also have a longer range and offer longer battery life. Sahara promise a maintenance cost five times lower than conventional vehicles. The vehicles are powered by dry lithium-ion batteries that are fast charging. Up to 40 per cent charge is achieved in one hour and that can provide enough power to cover between 55-150 kilometres in a single charge depending on the type and category of the vehicle. 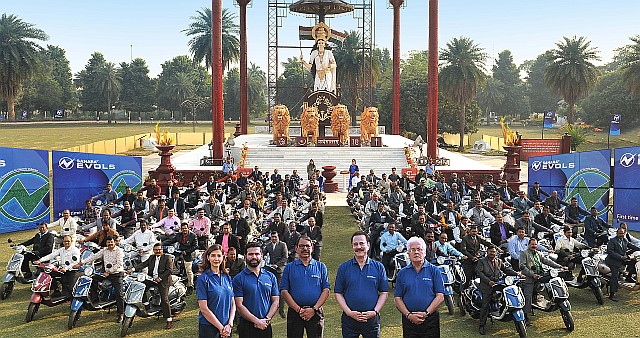 Sahara Evols’ vehicles will be equipped with smart tech features such as a GPS tracking system by means of which the owner of the vehicle, with the help of the ‘Sahara Evols Mobile App’, can trace its location, as well as ask for on-road or off-road assistance, 24×7. Users can also analyze the performance of their vehicles online and will also be able to lock their vehicle through the mobile app. The vehicles will also have Distress Alarm buttons for women’s safety and an anti-theft alarm to prevent any attempted theft.

‘Battery Swapping Stations’ will be introduced along with the network of service stations for customer convenience. These Battery Swapping Stations allow the vehicle owners to charge batteries quickly with ‘Evols Smart Charge Docking System’ or allow them to swap their discharged battery with a fully charged one. Sahara have already started developing their service set-up in Lucknow, its first target market, with the setting up of 57 service centres, as well as providing training to technicians for electric vehicles.

Sahara Evols have handed over the keys to 101 inaugural customers at Lucknow and are soon going to expand their range of electric vehicles in India.