Royal Enfield recently conducted the One Ride, an event held annually and globally, having people from all over the world participating in this event. 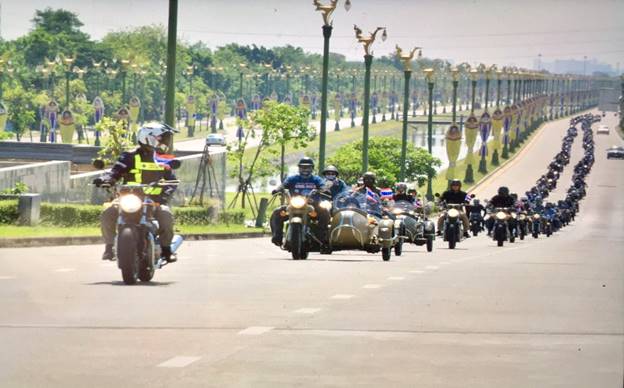 Every year Royal Enfield celebrate riders’ love for their machines and passion for riding with the One Ride event held every year. It will be the ninth year that this event is being held. This year the One Ride was kicked off on 28 April, held in different cities around the world. This event is one of the largest motorcycle community rides in the world. Globally, there were 3,500 registered riders over 511 rides and in India 15,500 riders across 374 rides.

The main cities were Delhi, Mumbai, Chennai, Kolkata and Bangalore along with 50 others. Globally the notable names that participated were Bogota, Medellin, Milan, Rome, Paris, London, Bangkok, Shah Alam, Jakarta, Kathmandu, Dubai and Kuwait. The participation this year resulted in a record for Royal Enfield. One Ride was open for all riders, new or experienced. The theme for the ride was “Ride as One” which is in line with Royal Enfield’s concept of promoting exploration and brotherhood among riders. The ride was a success having great energy and zeal among the riders that participated.

Royal Enfield are increasing their fan base with the launch of the new 650-cc twins: the Interceptor 650 and the Continental GT 650. A lot of motorcycle enthusiasts have been waiting for a motorcycle from Royal Enfield in this segment. The price-tags of Rs 2.51 lakh (ex-showroom) for the Interceptor 650 and Rs 2.66 lakh for the Continental GT 650 make these bikes very well priced and affordable in the Indian market comparing it to other motorcycles in this segment.

Royal Enfield have now updated their entire range of motorcycles with ABS (Anti-lock Braking System) which is a major upgrade for safety of riders. To know more about ABS equipped in Royal Enfield motorcycles, click here.