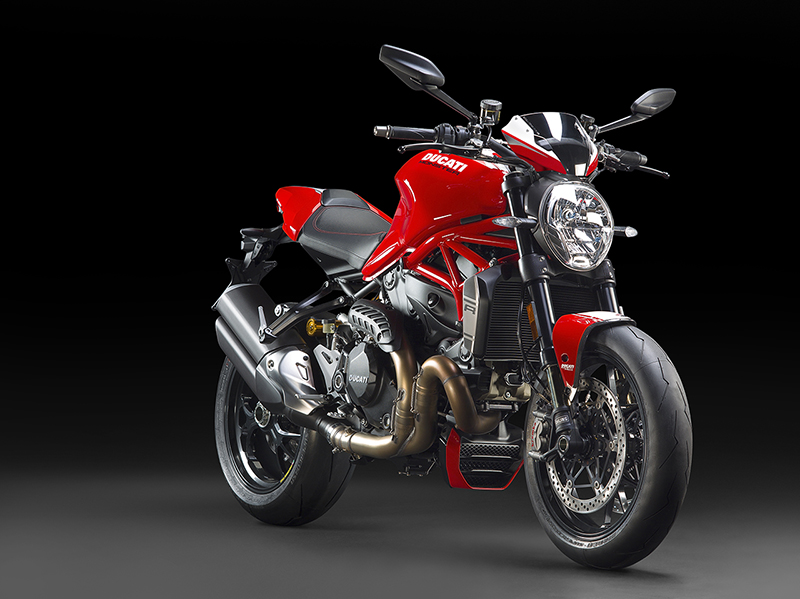 Ducati’s latest Monster 1200 R is the next step in evolution for the famous Monster series. It packs more punch than ever with updated styling and features that elevate it to the big boys league

Just a week or so before the Frankfurt Motor Show, Ducati teased the world with a close up image of the radiator cover of their new Monster 1200 R. At that time, the company simply stated that this new Monster will be the most powerful and radical Monster. And just before the Frankfurt Motor Show, the company went ahead and revealed to the world this new beast which looks like the regular Monster but it now parties with the big boys.

Ducati have stunned the world once again thanks to this radical new Monster 1200 R. Its 1198 cc Testastretta 11° DS L-Twin motor, read ‘heavily reworked’, unleashes 160 horses and the torque output now stands at a blistering 131.4 Nm. This has elevated the Monster 1200 R to the league of four-pot powered super nakeds. Eighteen months ago Ducati engineers started work on this radical new beast and the engine seems to have gotten the most attention. Earlier, speculation suggested that the new Monster might get Desmodromic Variable Timing from the Multistrada’s L-Twin however, instead of that the engineers went ahead and worked on the Testastretta motor itself. The Monster 1200 R gets new pistons, new elliptical throttle bodies, a lager diameter exhaust, new exhaust can, new intake manifold and increased compression ratio. This heavily reworked L-Twin has made the 1200 R the most powerful Monster ever. 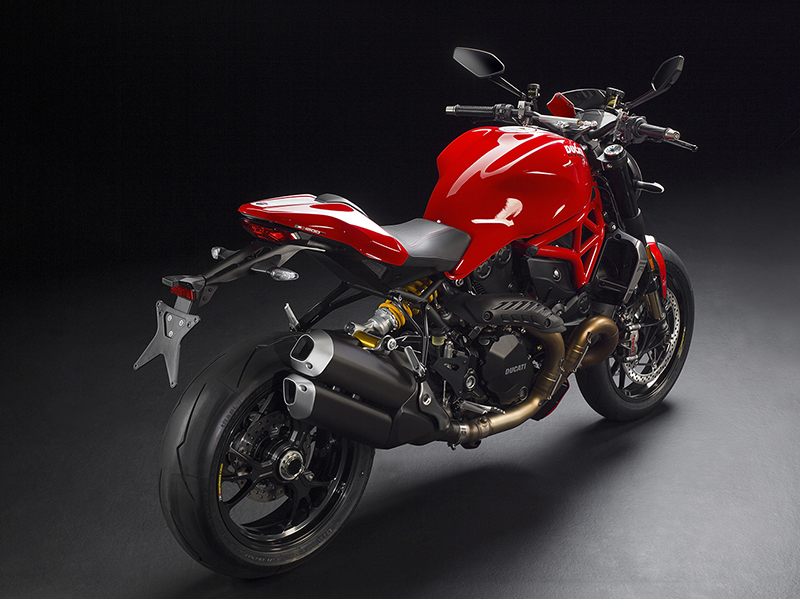 It wasn’t just about the power and torque gain, the new 1200 R was destined to be a more radical, and committed Monster that would serve you well on the road and also allow you to experience the thrills of a racetrack. For this, Ducati has increased the stance of the bike as well, so it doesn’t ground bits under extreme lean angles. New rear set pegs and higher ground clearance, thanks to new Öhlins suspension, ensure lot of fun during track days without grinding bits off the bike. A new Öhlins steering damper also keeps everything under control up at the front. The 1200 R features separate pillion footrest providing the rider with more flexibility.

The Monster 1200 R has made its debut at Frankfurt Motor Show and soon it will go on sale in the western markets. However, we expect Ducati India to showcase this meanest Monster at the 2016 Auto Expo, soon after which it might go on sale in the Indian market. 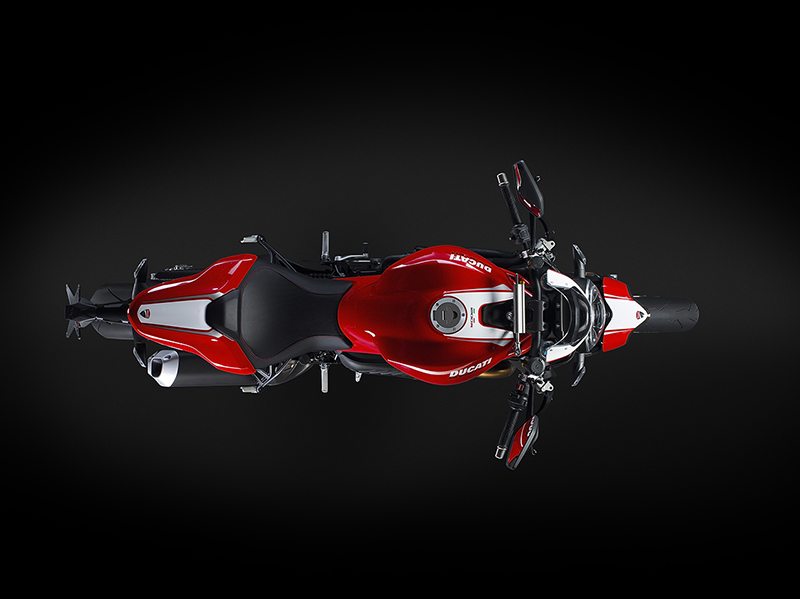