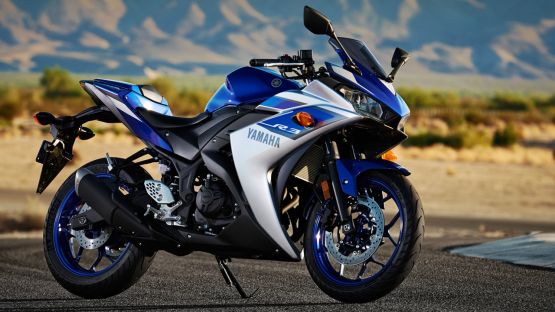 Yamaha’s most awaited bikes have been spotted in India

Exactly one year ago, the birth of Yamaha’s YZF-R25 supersport motorcycle was celebrated by Indian motorcycle enthusiasts who saw a successor to the legacy of the YZF-R15. Then in October 2014, the Japanese company launched a 300cc variant of the bike for the European and American markets. Since then, there have been wild guesses about the arrival of either of the two bikes in the country.

In January, we heard that Yamaha has imported a YZF-R3 for testing purposes and it was confirmed day before when the bike was spotted testing on Indian roads with a saree guard. However, just yesterday, a YZF-R25 was spotted at a workshop in Delhi and it has reignited the debate about which of the two bikes will be coming to India.

It seems like Yamaha have imported both the motorcycles to see which one suits the Indian market better but there is no clear answer to the question as of now. Neither can we confirm when the bikes will be launched as Yamaha have steered away from saying anything on the subject thus far.

However, the sightings are a clear indication that Yamaha will indeed launch either of the two motorcycles in India. Hopefully, sooner than later, for the R25 or the R3 will be a shot in the arm for the Japanese manufacturer since it doesn’t have a single motorcycle between the 150cc to 1000cc range in India. let’s have a look at the engine specifications of the two bikes since they share most of the other components and look identical except for the stickers.