Ather energy has dropped the price of the Ather 450 by Rs 5,000 as it is FAME 2 compliant (Faster Adoption and Manufacturing of Hybrid and Electric Vehicles) 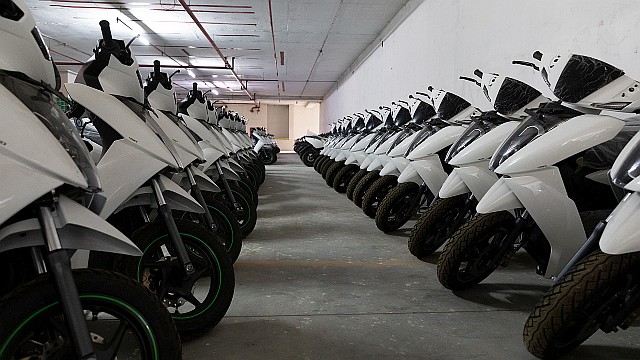 The Faster Adoption and Manufacturing of Hybrid and Electric Vehicles, or FAME 2 scheme aims to boost electric mobility and increase the number of electric vehicles in commercial fleets. Ather energy produces electric scooters – namely the Ather 340 and the Ather 450 in Bengaluru – have announced a reduced price for the Ather 450 as a result of this scheme. The Ather 450 has been on sale in Bengaluru but the company has put deliveries on hold so that owners can avail of the new subsidy benefit. Owners can expect their vehicle to be delivered to them in the next few weeks.

Ather energy launched the Ather 450 for a price of Rs 1.28 lakh but now retails at Rs 1.23 lakh (both on-road prices, Bengaluru) which makes it Rs 5,000 cheaper. Along with costing less, the 450 also now comes with an extended warranty, so that’s a double bonus for new owners. Ather energy also offers the Ather 340 but currently, it hasn’t received the new subsidy and comes at a price of Rs 1.13 lakh (on road, Bengaluru).

A Rs 10,000 crore budget has been allocated for the new FAME 2. This programme aims at increasing the range of electric vehicles by setting up 2,700 charging stations across every 3×3 grid and also at every 25 km on both sides of major highways as well. Ather energy has stated that they will start selling the Ather 450 and the Ather Grid in Chennai in June, and also confirmed that this will be followed by expansion in other cities across the country in the coming year. Ather energy wants to install 6,500 charging points across the country and by 2023 plans to be operational in 30 cities.