When KTM invited us to the Downtown Racing track in Pune, we grabbed our leathers and swung a leg over an RC 200 to experience the Orange Day. Here’s the report 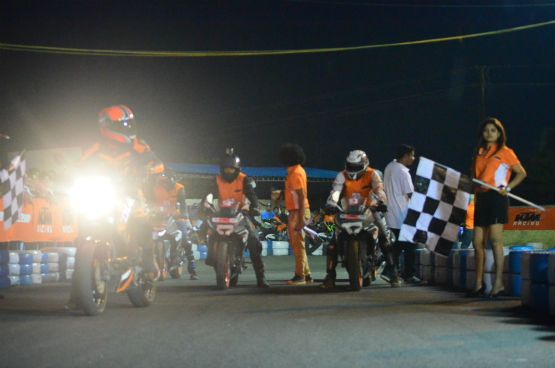 Track-days are a fun way to engage with your existing customers, and KTM, a company that has racing deeply embedded into their DNA, have done exactly that with their Orange Day effort. This was the seventh edition of the Orange Day held in Pune and similar track events are held in metropolitan cities like Delhi, Bengaluru, Hyderabad, Kolkata, Chennai, Mumbai, and Kochi. 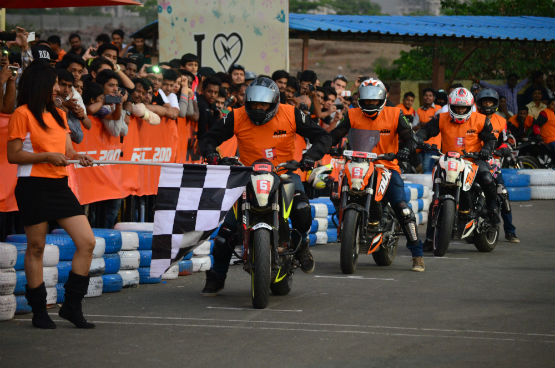 The event was open to participants astride Duke 200s and RC 200s. The 390 twins were not allowed to participate so as to make it a fair proving ground. The participants were required to register and separate races were held for RC 200 and Duke 200. After registration, a classroom briefing was held to educate the riders about the track. Varad More, a veteran rider, was the track instructor during the demo laps and informed the participants of the apices and optimum trajectories around the track. A total of 61 participants comprised 49 Duke 200 riders and 12 RC 200 riders.

After the multiple rounds, finalists in each round qualified to the final race. Having qualified for the final round, we finished fourth, a position shy of the podium. Following this the podium ceremony was held wherein the winners were awarded KTM Powerparts and Powerwear. The evening culminated with a stunt show that had the crowd highly excited with every wheelie and stoppie. 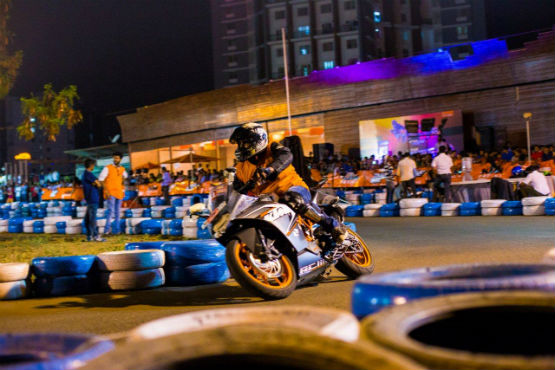 Amit Nandi, Head of KTM India, said, “The ethos of KTM brand is deeply rooted in racing and we want KTM owners to appreciate the ample thrills that a KTM bike can provide on a racetrack. Orange Days are conducted in every major city and will keep on growing in scale over the next few months. KTM holds the reputation of being an exclusive premium brand and we are keen to provide the KTM patrons an experience that is uniquely KTM.”
In addition to the Orange Days, we would love to watch KTM organise a one-make championship similar to the Honda one-make championship held under the aegis of FMSCI.