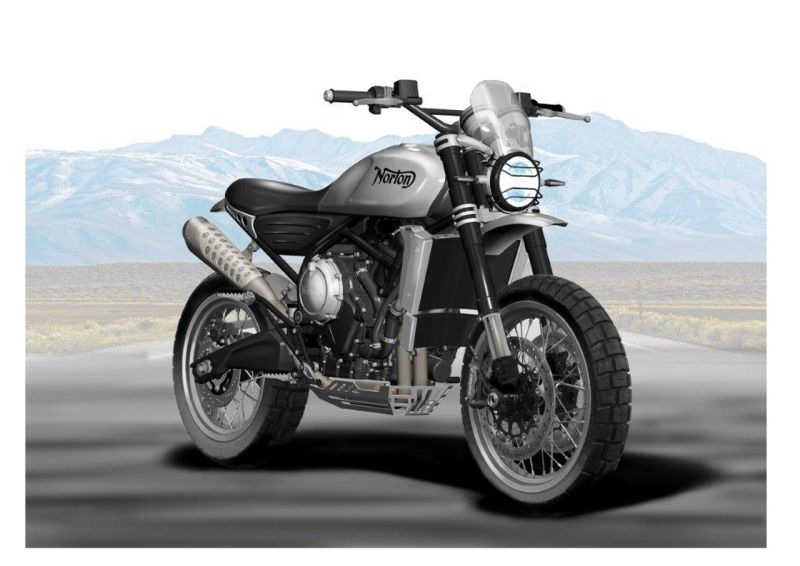 Norton Motorcycles CEO, Stuart Garner, shared renderings of a new 650-cc scrambler motorcycle, which will be unveiled in November at the Motorcycle Live show.

The Donington Park-based manufacturer has a rich heritage spanning almost a century to boast about. Although it faced tough times towards the end of the previous century, Norton Motorcycles have been looking sprightly since their relaunch in 2008 when Stuart Garner took over. Currently, their portfolio comprises two Commado 961 models, the Dominator, and the mighty V4 RR. In late 2017, Kinetic Group announced that they will bring Norton Motorcycles to India through their multi-brand superbike initiative, Motoroyale.

Thanks to Garner’s revelation on twitter, we can now look forward to one more motorcycle in that line-up. Borrowing the “Atlas” moniker of yore, this new machine will draw motive force from a 650-cc parallel-twin and will make it the smallest Norton on offer when it is launched. It will also feature a Spondon steel frame and Brembo calipers. The motorcycle is expected to be offered in two variants. The “high” off-road-style version and the “low” road-spec model.

While speaking to MCN, Norton’s Head of Design, Simon Skinner, confirmed that they are at the end of the design stage and should begin work on the motorcycle in the near future. The motorcycle that is going to be showcased at the NEC, Birmingham will be an early prototype, so we can’t expect it to tag along with the India-bound Commando models that are expected to arrive later this year. 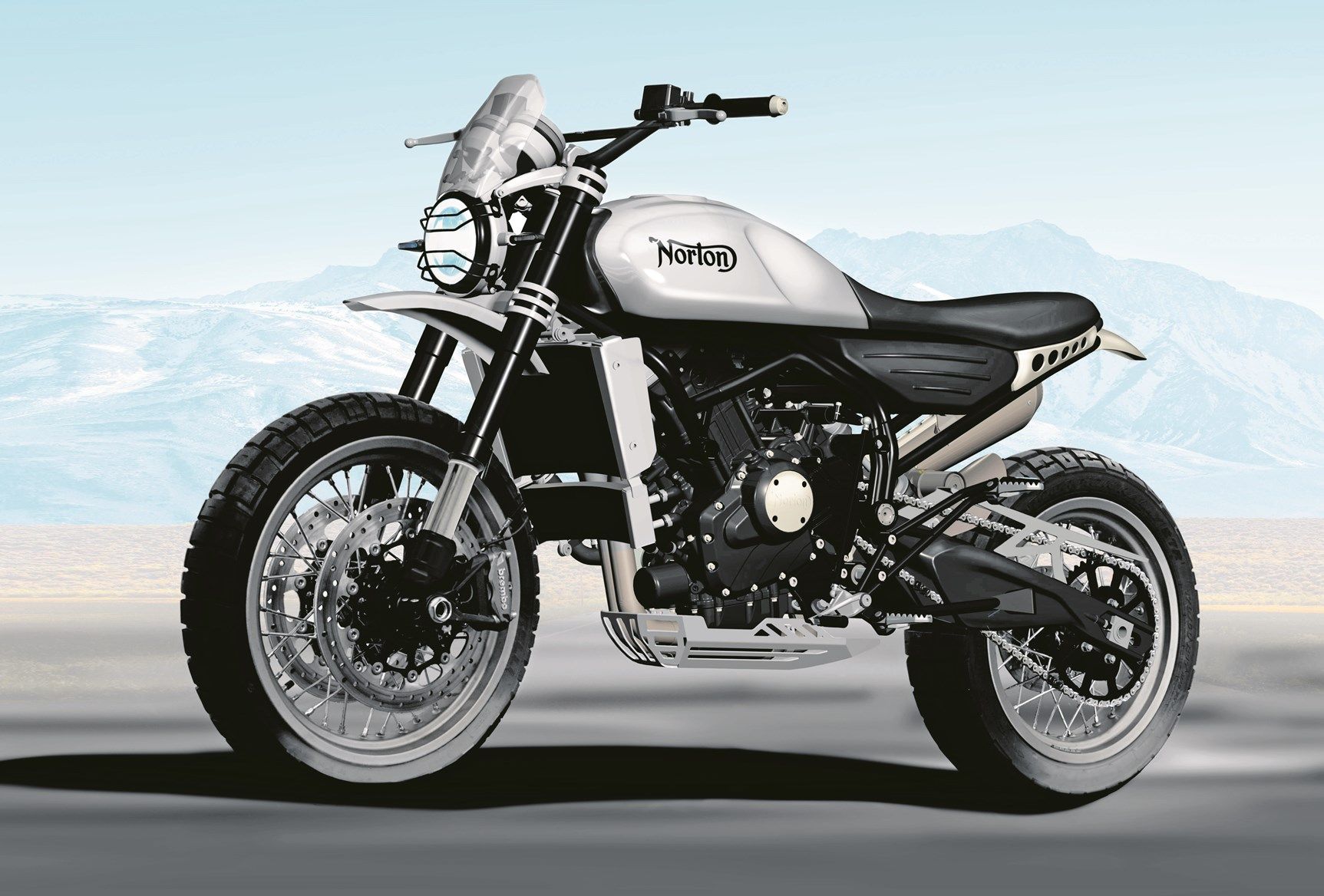 Word on the street is that Norton are also developing a sportsbike based on the Atlas’ engine. In addition to a different frame and a carbon-fibre swingarm, the engine will be supercharged. The icing on the cake is that Skinner hinted it could be displayed alongside the Atlas. Go on, add that to your list of things to look forward to in November.