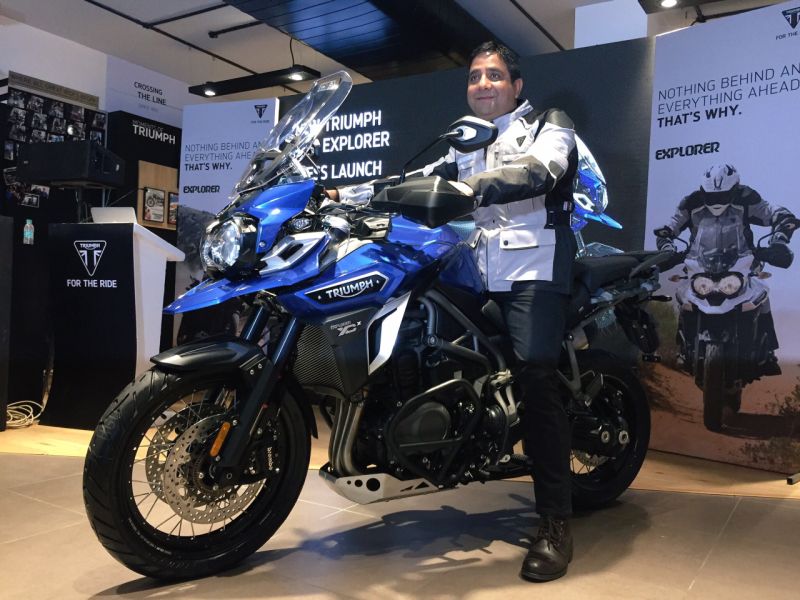 The massive 1215-cc in-line triple produces 138.7 PS at 9,300 rpm and a peak torque of 123 Nm at 6,200 rpm. This raw power is sent to the rear wheel via a final shaft drive. The equipment list on this Tiger just got longer with the introduction of new features like Triumph Semi-Active Suspension, Corner-optimised switchable ABS and traction control, and rider modes (including a rider programmable mode).

The two entry-level models will feature the WP adjustable suspension while the other four models will come equipped with Triumph Semi-Active Suspension system. This new feature enables the rider to electronically adjust the front and rear suspension damping. The pre-load settings for the rear shock absorber will automatically adapt itself according to the terrain being covered. Triumph claim that further control and stability is guaranteed in the form of multi-channel switchable ABS and traction control, which is now offered as standard. The addition of an IMU (Inertial Measurement Unit) allows the motorcycle to gather data like lean angle and movement status which it uses to provide greater stability by optimising the performance of the ABS and traction control system. The rider can choose from Sports, Comfort and Normal rider modes to suit his riding style.

Another useful feature is the electrically-adjustable screen. It enables the rider to adjust the screen to suit his comfort; while on the move. The motorcycle is currently being offered in three colours – Jet Black, Crystal White and Lucerne Blue.