Recent spy shots of the new KTM 390 Duke have surfaced which seems to be an updated version of the current model. Let’s take a better look into what it has to offer. 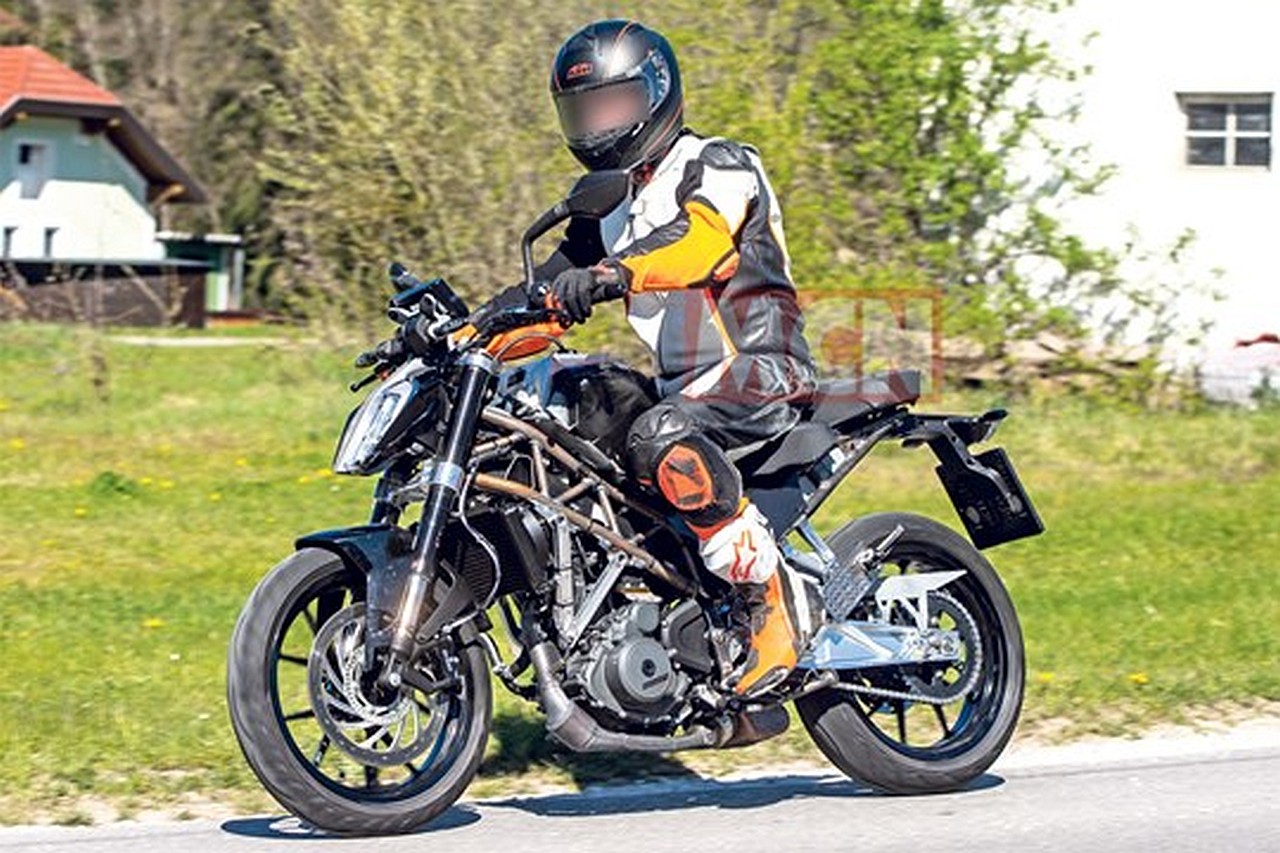 The KTM line up offered in India consists of the 125, 200 and 390 Duke along with the RC 200 and 390. These bikes have taken the Indian market by storm with their competitive pricing along with keeping up performance wise to their “Ready To Race” tag line.

What we first observed in the spy shot is that it looks bigger than the previous model and accommodates the rider who is of tall stature. Taller riders have complained about KTM Duke range available in India being small which makes it not so comfortable for some. We think KTM are trying to fix this by working on a 390 Duke which will be considerably larger than the existing model. Looking at the image, you will realise that the frame has been completely reworked upon. The new frame is now a classic steel trellis which is larger and looks similar to the one seen on the Ducati Monster. This is paired with a matching subframe to accommodate bigger seats.

The engine appears to be the same but it hangs a little lower compared to the current model. Another detail that is visible is the exhaust which is now routed under the engine with a much larger catalytic converter under the swingarm like that on its bigger brother i.e. the new KTM 790 Duke. These tweaks help on lowering the centre of gravity and makes the bike look more compact and appealing.

The spy pictures give a glimpse of the tank but it does not give us a clear idea of the styling changes, as this prototype seems to be still a work under progress. Another observation is the swingarm that seems to be crafted from aluminium, although we can’t be sure of this. Other areas, like the front of the bike, are similar to the current model but KTM may make some suspension upgrades as well.

The new KTM 390 Duke prototype is an exciting sighting but it may not hit the markets anytime soon. For now, we are looking forward to the launch of the much awaited KTM 390 Adventure and the 790 Duke in India. To know more about the upcoming KTM 390 adventure in India click here