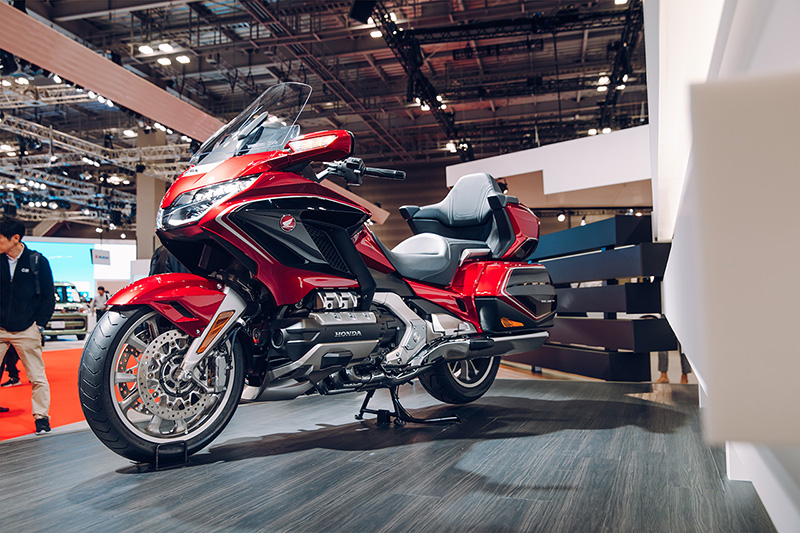 The legendary touring machine finally receives updates that see it shed weight and profile while gaining more power and gizmos.

Honda have unveiled their iconic full-fledged touring machine, the GL1800 Goldwing, in its latest avatar at the on-going Tokyo Motor Show. The latest Goldwing has undergone the knife for beautification and it looks superb with angular design that flows like liquid from front to back. The fairing of the new Goldwing has been revised extensively. It’s smaller, with ducts now channelling the air to the back rather than it being passed over the fairing, this makes it more aerodynamic and fuel-efficient. The tank too has been reduced from 25 litres of 21 litres but, thanks to the changes, it still delivers the same range.

The windscreen is also slimmer and is electronically controlled for more convenience. The old bulbous head lamp unit has been replaced by a sleeker, sharper-looking unit that features LED lighting. Honda have also reduced the size of the top box and the panniers. However, you still get a total of 110 litres of luggage space. 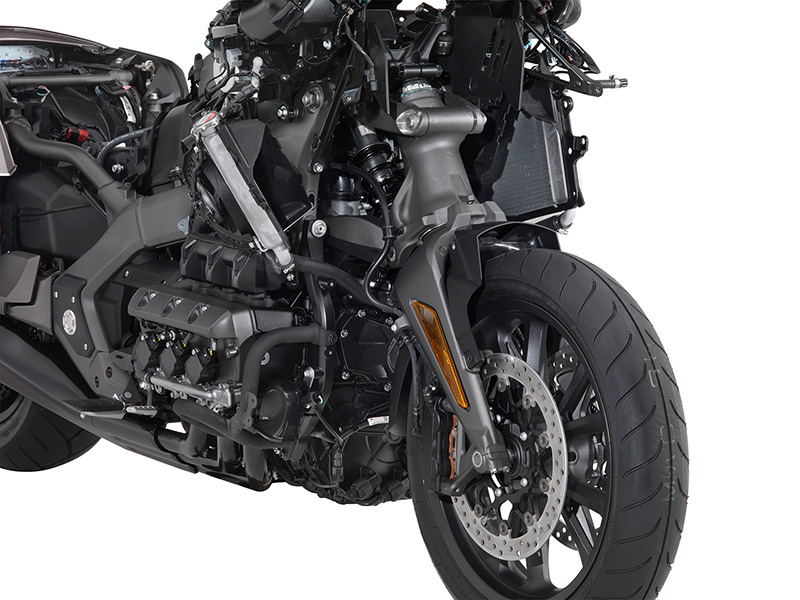 The biggest change comes in the form of the new front suspension. The old telescopic front fork is replaced by a double wishbone suspension unit that uses a central monoshock unit with a pair of steering rods. Honda claim that this new system has improved the overall rideability of the Goldwing making it smoother and nimbler. Suspension at both ends is now electronically adjustable and comes with four modes – rider, rider and luggage, rider and pillion, rider and pillion with luggage. Another big change comes in the form of a new aluminium twin-beam frame which reduces the weight by 2 kg when compared to the old frame.

The new Goldwing also receives a brand new engine, which retains the same opposed flat-six configuration and 1,832-cc, but gets all new internal components that are lighter and have resulted in the engine being 6.2 kg lighter. The engine also gets four valves per cylinder, which has bumped up the peak output to 126 PS and 169.5 Nm. This engine will come with two transmission options: a six-speed manual or a seven-speed DCT dual-clutch automatic. Honda have replaced the old five-speed manual gearbox with a six-speed one for better touring ability as the engine speed will be reduced at cruising speeds.

The Honda DCT or the Dual Clutch Transmission, is now in its third-generation and comes with Drive, Sport and Manual modes. It also features a ‘Walk’ mode that, as the name suggests, lets the bike crawl ahead at 1 mph or 1.6 km/h. It also comes with a reverse gear or mode that helps you reverse the bike using the engine’s power. That, however, it is limited to 0.7 mph or 1.1 km/h.

All these changes have made the bike much lighter than before with the lightest variant weighing in at 365 kg wet and the heaviest being 383 kg. That’s a massive 48- and 30-kg weight reduction over its predecessor. 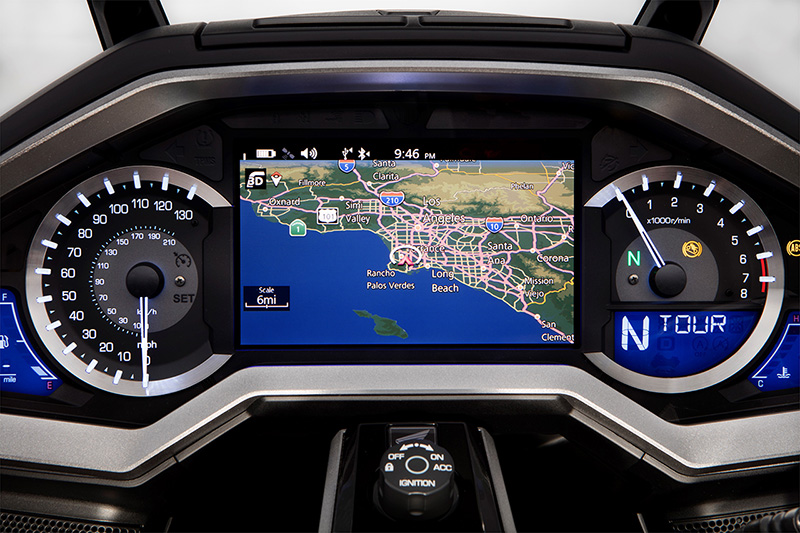 The new Goldwing also gets a new gizmo in the form of a large 7-inch full-colour TFT screen that acts as exactly like a car’s infotainment system although it’s not a touchscreen system. It features multiple connectivity options like Bluetooth, USB and Apple CarPlay. It also comes with GPS navigation. The dashboard also includes analogue speedo and tachometers along with tiny digital displays for various bike related information. The audio system is still present albeit with more sound clarity and passenger audio controls on top of the pannier. The Goldwing also gets keyless ignition. Just use the fob that activates the bike. It can also be used lock and unlock the pannier boxes. The top-end variant will also be available with an airbag.

Honda have not announced any launch dates for the new Goldwing, but we expect the company to make a formal announcement at the upcoming EICMA show in Milan, Italy. So watch this space for more updates. 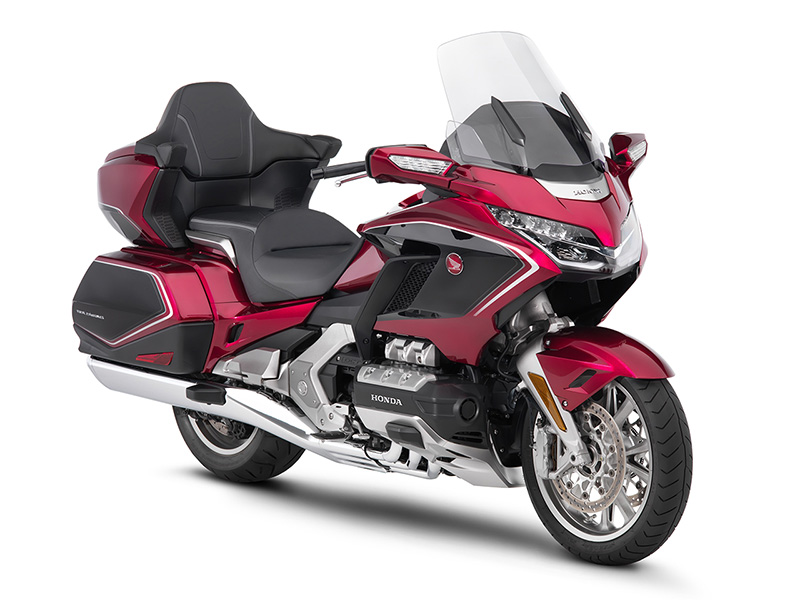