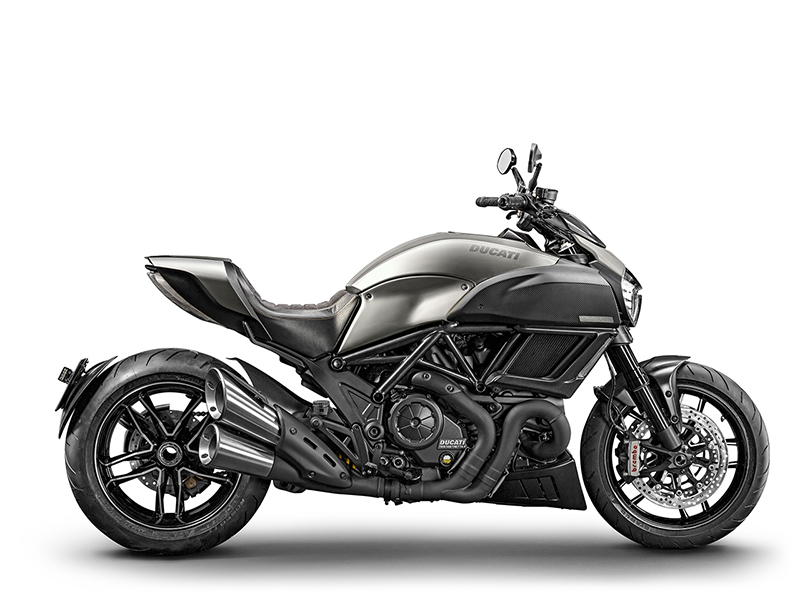 Ducati’s power-cruiser the Diavel, revolutionised the genre thanks to its long and low stance, awesome looks, amazing handling, superb ride-ability and heart-pounding performance. However, now the Diavel is swiftly drifting away from being a power-cruiser to being just a cruiser. Yes, according to reports, the latest generation of Diavel will be styled more conventionally in keeping with modern-day cruisers. Currently, a few websites have reported and posted pictures of the latest Diavel, which looks production spec, revealing the finer details about the upcoming bike.
The new Diavel will feature a new engine, frame, bodywork swing-arm, drive-train and most importantly, a cruiser-like forward mounted foot rests.

The 1198 cc L-Twin will feature the updated version of the Desmodromic Variable Timing seen on the latest Multistrada 1200. Unlike the earlier exposed trellis frame cradling the engine, the new Diavel will feature a more Monster 1200 like frame, emphasising the L-Twin motor. The beautifully curved twin exhaust pipes are not visible anymore, as they have been cleverly tucked away under the engine. The chunky single-sided swig-arm of the current Ducati is also gone giving way to a more intricate unit that highlights the massive belt-drive.

Aesthetically, a slimmer and flatter tank, which diverts the attention towards the L-Twin, will be replacing the dominating tank of the current Diavel. The minimalist tail end however, will stay the same with minor changes. Ducati might unveil the new Diavel at the Volkswagen Group Night, which will be held in Frankfurt just before the Frankfurt Motor Show. However, this year’s Milan Motorcycle Show or EICMA could also be the stage where the new Diavel might make its debut.