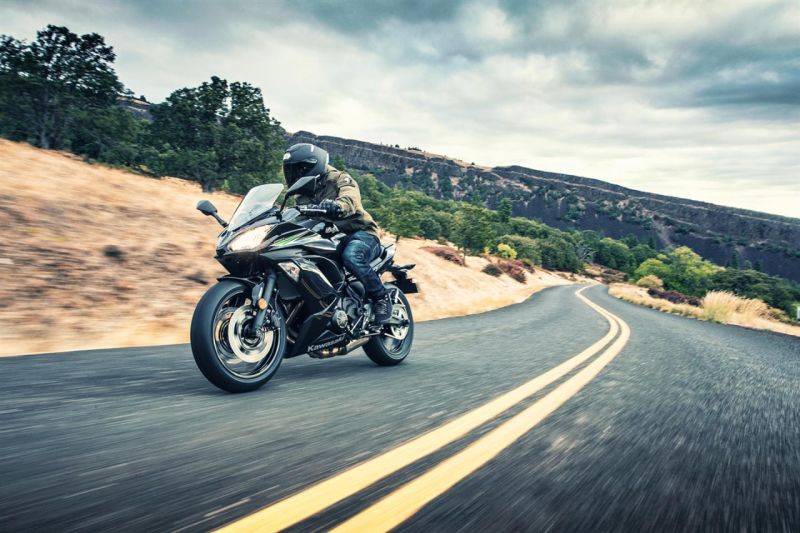 The Ninja family gets revamped with quite a few changes to the Ninja 300 and the Ninja 650. The new Ninja 650 looks like it has received the most changes.

It is easy to tell this Ninja 650 model apart from its predecessor. The new model features a redesigned front and an updated fairing giving it a menacing stance. The major change to the motorcycle is its chassis. The new Ninja 650 sports a 15 kg trellis frame made of high-tensile steel while the older one had a perimeter frame. Another easily noticeable change is the rear suspension set-up. The outgoing model is equipped with an offset monoshock linkage system at the rear while the new Ninja has a Horizontal Back-Link monoshock. This arrangement does not allow any protrusions beneath the swingarm and makes sure that the shock absorber is at a distance from the exhaust because the heat adversely affects the oil and gas pressure in the system, rendering it unstable.

Kawasaki have dropped the seat height by 15 mm and the weight of the motorcycle has fallen to 193 kg from 211 kg. They have also decided to reduce the size of the fuel tank from 16 litres to 15 litres. Kawasaki’s racing prowess also played a part in the development of this motorcycle. The Assist and Slipper clutch uses two types of cams that offer two types of functions that are not usually available on a standard clutch. The new Ninja is also powered by the same 650-cc, liquid-cooled, parallel-twin as the old model. However, the 2017 Ninja has a slightly low-revving engine than the old one because it makes 68 PS at 8,000 rpm as compared to the 72.1 PS at 8,500 rpm made by the old one. Kawasaki claim that the new Ninja is focussed on delivering strong performance in the lower and mid-rpm range. It produces a maximum torque of 65.7 Nm at 6,500 rpm (the old one makes 64 Nm at 7,000 rpm).

The motorcycle is also equipped with Economical Riding Indicator, Dual-throttle Valves and K-ACT (Kawasaki Advanced Coactive-braking Technology) ABS in addition to other rider aids. This new Ninja 650 on the block could be yours for Rs 5.65 lakh (ex-showroom, Delhi).