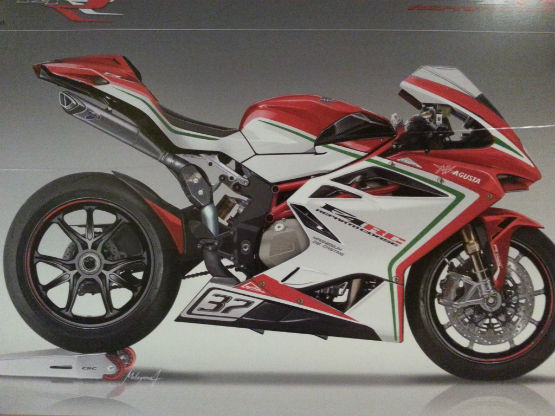 MV Agusta’s last bike was the F4 RR and it blew our mind last year. This year the Italian manufacturer seems to be readying what could possibly be the F4 RC.Spy shots of the F4 RC have surfaced and the bike in the image looks every bit an Agusta worth its salt. One can see the signature single-sided swing arm and the Termignoni exhaust in a typical 4-2-1-2 configuration. Brake callipers resemble the all too familiar twin pot callipers from Brembo biting into the double disc rotors. The image also suggests the front and rear Öhlins suspensions.

In addition to this, an MV forum also uploaded snapshots of the F4 RC launch presentation. The slide also indicates tech specs north of the 200 PS mark. Prospective power figures for the F4 RC as indicated in the slide are 212 PS at 13,600 RPM and 111 Nm twist at 9,600 RPM. Previously the same bike made another clandestine appearance via a slide show back in October ’14 and the F4 RC was slated to be the base bike for MV Agusta’s World Superbike Championship efforts. This obviously calls for an optimum balance of race spec performance and usability of an everyday bike since WSBK regulations do not allow too many changes to the stock bike.

The changes to the powertrain will include a revised head, crankshaft, wilder cams, lighter con rods and forged pistons. Feeding the 998cc engine will be larger fuel injectors too. Following weight reduction tricks from Ducati’s superquadro engine, one can expect magnesium and titanium bits too.

When launched, the bike will lock horns with the latest crop of the superbikes like the Yamaha R1, Ducati Panigale S, Aprilia RSV4 RF, BMW S 1000 RR and Ninja H2. Watch this space for the official details once the guys in Varese pull the silks off the MV Agusta F4 RC. 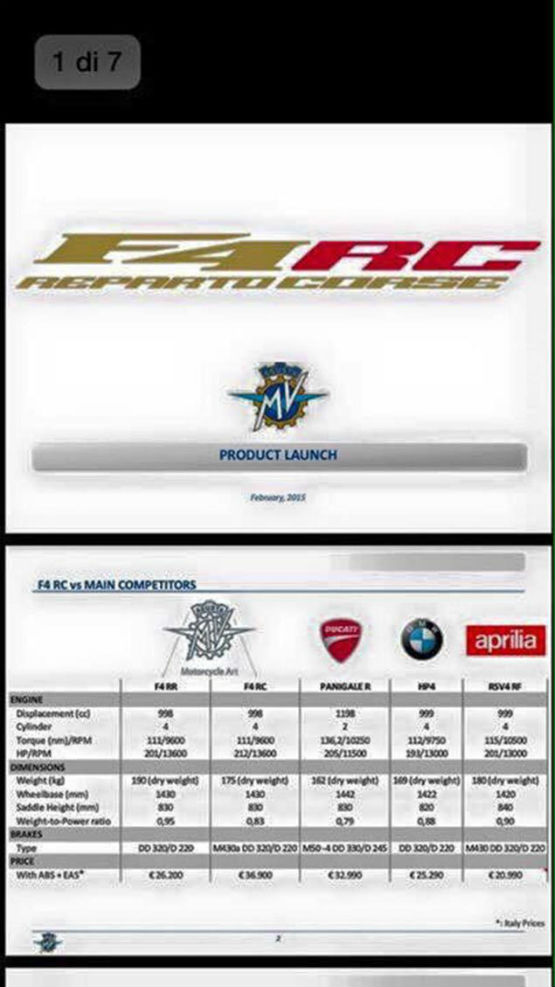 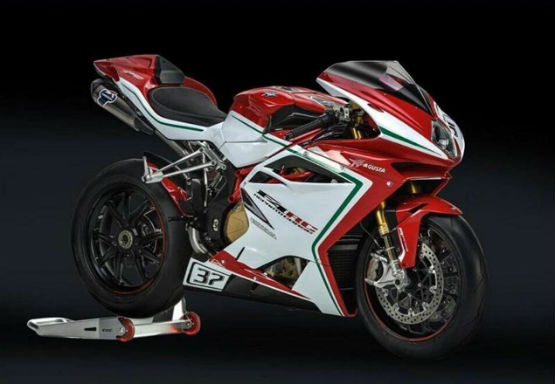 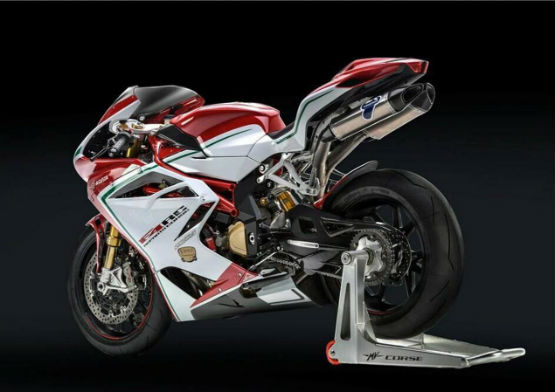