MotoE may have suffered a few setbacks in the past and the current lockdown is not helping things but we have some interesting MotoE updates for the coming season. 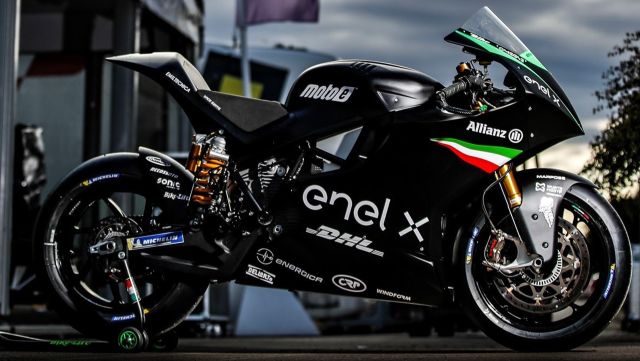 There is a lot to look forward to in the next season of the FIM Enel MotoE World Cup. New technologies and MotoE updates make sure that the championship is en route to becoming an absolute thriller and by the time the racing begins, the competition is expected to be a lot tougher than before.

After the first MotoE test that took place in Jerez earlier this year it was clear that significant improvements had been made in terms of speed. The battery-powered racing prototypes were already 1.5 seconds quicker per lap than their 2019 times; in racing speak, that’s a jump of at least a couple of years. This incredible gain in speed is a product of increased torque from the Energica Ego Corsa – Energica Motor Company is the sole manufacturer of this series and the Ego Corsa is the prototype race machine that will be piloted by 18 riders across 12 teams. Other pivotal MotoE updates include the new Michelin tyres and an improved front fork setup. Michelin’s new rubber – derived from their MotoGP expertise – was crucial in this speed gain and worked well with the reworked suspension.

What is new for the upcoming season? Enel X will be providing new chargers for the race bikes and they are all set to be introduced at the next event. With these new chargers, the motorcycles can now be charged on the grid immediately after the sighting lap. This improvement has translated to the addition of an extra lap to the race distance. As we know, cooling systems are a crucial part of battery-powered motorcycles and often dictate just how hard a motorcycle may be ridden. Thankfully, the MotoE updates include a new cooling system that will allow the riders to use the motorcycles’ full power frequently and for longer durations.

The outcome of these changes is certainly exciting to contemplate but an official calendar for the season is yet to be drawn up due to the lockdown. If things go according to plan, the MotoE championship is expected to run parallel to the MotoGP races so that the former gets maximum exposure at the Grands Prix.