With the festive season round the corner, motorcycle sales are sure to plot a northward graph. Let us take a look at the sales registered by the big six in the month of September.

It takes clinical consistency to maintain the title of the world’s largest manufacturer of motorcycles. Last year the Hero MotoCorp registered sales of 6,04,052 units in September. This year the company repeated its stellar performance and has upped the game marginally to register 6,06,744 units. The change in buying patterns is clearly evident with the onset of the festive season. In the month of August, Hero sold only 4,76,085 units. Close on their heels, former partners, Honda Motorcycle and Scooters India registered 3,96,801 units in sales in August. In September, the Japanese giant sold 4,30,732 units which is a 2% drop in their year-on-year sales but marks an upward surge from August onwards. Another remarkable feat Honda pulled off was the delivery of over 58,000 units in a single day on the occasion of Ganesh Chaturthi; a 40% hike in their year-on-year figure. 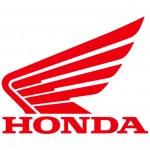 TVS on the other hand have suffered due to a recent transporter’s strike which has led to a drop in their sales. In August, the Hosur-based company sold 2,15,413 units which is a considerable 6.32% hike from last year. However in September, TVS registered sale of just 2,21,002 in comparison to last year’s sale of 2,27,589 units. The transporter’s strike has cost the company a major setback and the company claims to have lost sales of over 20,000 units last month. Capitalising on this, Bajaj Auto Ltd have blistered the sales charts with a whopping 3,30,228 units in sales. While this might be a 5% drop in year-on-year figures, it is definitely an upsurge from August when the company sold 2,86,126 units.

Royal Enfield too have registered an astronomical 59% growth over the last year. In September 2014, the company sold 28,020 units and this year they upped the numbers to 44,491 units. These numbers also mark a marginal rise in the monthly figures for the Chennai-based manufacturer. Last month they sold 41,600 units. 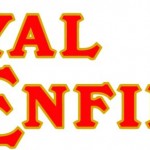 Suzuki have proved that it’s okay to be fashionably late rather than launching a botched product. In the past few months the Gixxer and the Gixxer SF have found wide-spread acceptance in the market and the duo will play a pivotal role in securing a solvent future for Suzuki. In August this year, the company sold a total of 36,636 units which is a astounding 67.5% hike over August 2014 when they sold just 21,862 units. In September the company sold 31,240 units.

While most companies have registered only a marginal surge in year-on-year figures, there is definite spike in the monthly sales which indicates the resurgence of the market. One can expect a steady rise given the upcoming festivities.