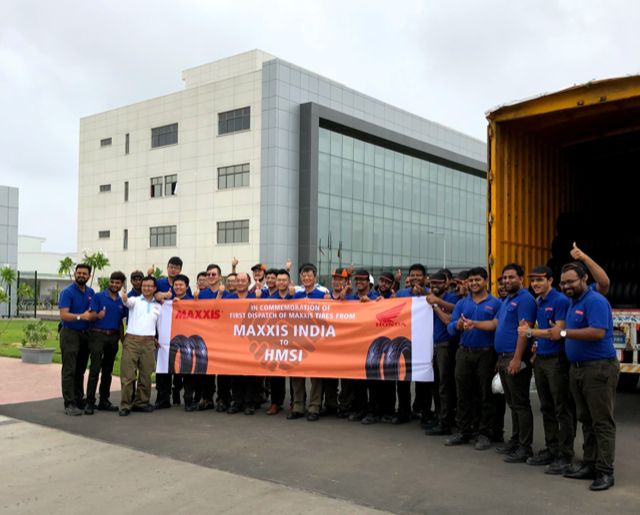 Maxxis have produced their first batch of made-in-India two-wheeler tyres for their OEM partner They have been supplying tyres to this OEM since 2016 through their facility in Vietnam.

Commenting on the achievement, Chun-Hsuan Liu, Plant Head at Maxxis India, said, “This is a landmark moment for us at Maxxis India as we mark the first ‘Made in India’ consignment delivery to our long-standing OEM partner. Maxxis has set high standards in providing benchmarked product quality and customer service, globally and India will be no exception.”

The Sanand plant boasts of world-class features and is capable of producing both tyres and tubes. The current capacity for production of tubes is between 20,000 to 40,000 units per day. Maxxis have also set a target of supplying 1 million tyres to its OEM partners by the end of the year.

Other plans for the future include acquiring 15 per cent of the two-wheeler tyre market in India within five years. They believe that this plan will be crucial in achieving their long-term goal of becoming one of the top five tyre manufacturers in the world by 2026.

Furthermore, products from the Indian facility will also be exported to overseas markets like South Asia, Africa, and the Middle East in the upcoming years.