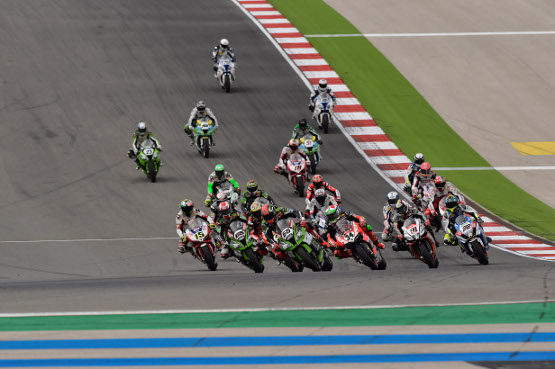 Team Kawasaki’s Jonathan Rea had a perfect weekend at Portimao as he bagged another double victory, thereby further extending his lead in the championship

As the lights went out for race one at Portimao, Tom Sykes headed down towards turn one as the leader on his Kawasaki ZX-10R, followed by the Ducati duo of Davide Giugliano and Chaz Davies in hot pursuit. However, it was Sykes’ team-mate and championship leader, Jonathan Rea, who had a brilliant start. He blasted off the start-line, spearheading towards the leading pack as they reached turn one. Rea started the race from the third row in eighth. However, by the end of lap two he was already fighting with his team-mate for the lead.

Ducati’s Davide Giugliano, who started on pole, had a tough time defending his position at the front because a very fast Rea was quick enough to go past him while Giugliano’s Ducati team-mate, Chaz Davies, was hunting the top pack down, looking for a win.
As the race progressed, Rea inched closer towards Sykes, with each passing lap and, on lap 11, Rea finally made his move, overtaking Sykes as the duo headed into turn one.

Meanwhile, behind the Kawasaki duo another battle was brewing. After Giugliano’s not-so-great start, the Italian was pretty much out of the contention for the final podium place, but his team-mate, Chaz Davies, who had overtaken the Italian, held on to that third place but he had to fight Aprilia’s Leon Haslam throughout the race. Both the riders kept exchanging places pretty much till rain played spoilsport.

With just six laps to go, serious rain interrupted the play. Rea was the first one to pull into the pits for wet tyres and soon everyone followed suit, except for his team-mate, Sykes, who took a bet and stayed out for a lap, on slicks, pretty brave! Sykes finally pulled in as the pit-lane cleared up in the next lap. However, his exit from the pit coincided with Rea crossing the start-finish line and both of them approached C1 together. From there the Kawasakis were again playing a game of cat-and-mouse until Sykes ran out of luck, allowing Rea to slip into the lead and take the chequered flag, 9.38 seconds ahead of him. Sykes’s ZX-10R ran into problems, and though he recovered rather quickly, he lost the victory to Rea. Chaz and Haslam also had a gruelling battle, but, with just a few laps to go, Haslam made a critical mistake allowing Davies to run away with the final podium place. 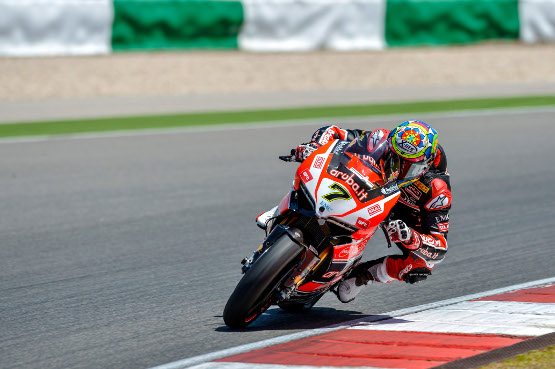