The KTM 250 Adventure is expected to be launched during the upcoming festive season. 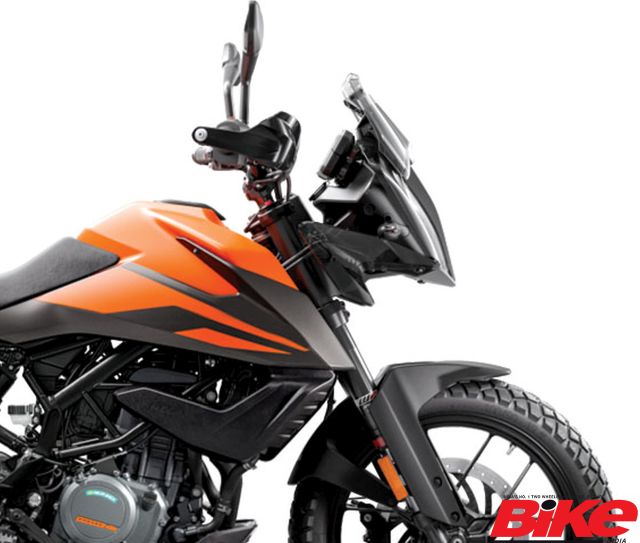 KTM’s entry into the ADV space with the 390 Adventure has drawn much appreciation from a wide range of riders. The Indian market is still venturing into the adventure-touring space but is at it steadily. While the 390 Adventure is a good motorcycle, it may still be out of reach for some enthusiasts. Thankfully, they have the KTM 250 Adventure to look forward to.

The KTM 250 Adventure will draw heavily off the KTM 250 Duke and the motorcycle has already been spotted testing multiple times. To keep the costs down, the 250 Adventure’s list of features will not be as long as its larger sibling. It will miss out on the LED headlamp, traction control, ride-by-wire throttle and the Metzeler Tourance tyres. Instead, the motorcycle is likely to come equipped with a halogen headlamp with LED DRLs and MRF rubber. Since it misses out on ride-by-wire, we cannot expect it to be equipped with riding modes either. Interestingly, it is highly likely that the 250 Adventure will also have a full-colour TFT display with smartphone connectivity like its larger sibling. Expect the motorcycle to be offered in two colours (orange and black) along with features including charging port and adjustable windscreen.

The KTM 250 Adventure will be powered by the same 248.8-cc, liquid-cooled, single-cylinder engine that does duty in the KTM 250 Duke. It develops 30 hp at 9,000 rpm and a peak torque of 24 Nm at 7,250 rpm, and is mated to a six-speed gearbox. To make the most of the engine’s grunt off-road KTM could make changes to the gear ratios. A 43-mm, long-travel USD fork and a monoshock will handle suspension duties. Braking equipment comprises of a 320-mm disc at the front and a 230-mm disc at the rear with switchable dual-channel ABS.

The KTM 250 Adventure is expected to be priced around Rs 2.30 lakh (ex-showroom) and will go up against the Hero XPulse 200 and the Royal Enfield Himalayan.